The first inaugural flight was operated between Gatwick and Newark on 22nd June 1984 which were operated originally by Aerolineas Argentinas. Virgin Records, a sister company of Virgin Atlantic helped the airline by financing for the lease of Boeing 747, a second-hand aircraft which enabled Virgin Atlantic to generate revenue from the first year of its inauguration. In recent years it was announced that Virgin Atlantic stands on the 83rd position in the world for its efficiency. Under the Joint Venture program, Virgin Atlantic would continue as a Virgin brand with an operating certificate of UK as a UK brand airline. At a particular point in time, the company was running in loss due to which the operations were questioned wherein it decided to cut off many employees to form an efficient team.

The total fleet size of Virgin Atlantic is about 45 which comprises of Airbus A330-300, Airbus A340-600 and Boeing 787-9 with it covers all its destinations. Virgin Atlantic also tries to save fuel consumption by cutting down the weight of the aircraft which in turn will lead to a minimum emission of greenhouse gas. The airline plans to use biofuels which are algae-based that will help us in preserving our environment. The airline has intentions of replacing some aircraft with new ones in which there would be a bar, the aircraft would be introduced in the route of London to New York.

Virgin Atlantic flies to a no. of destinations namely Bridgetown, Vancouver, Lagos, Cancun,

The food and beverages which are offered to the passengers during the flight are complementary and they have a wide variety of options in the inflight menu from which the passengers can make a selection as per their choice. Virgin Atlantic provides the best inflight alcoholic drinks to its passengers on a complimentary basis.

The flight tickets for Virgin Atlantic can be booked easily online. Passengers can book the flight tickets through the official websites which even gives numerous discounts for domestic and international flights.

-           The basic difference between the three classes is that of the fare which varies, the seat of the Upper Class is more comfortable and are better recliners from that of the Economy and Premium Economy Class. The Upper Class also enjoys the benefit of dedicated and separate check-in counters, boarding and disembarkation facilities.

Visit Virgin Atlantic site for web check-in http://www.virginatlantic.com and navigate to manage to bookings. You may have the option of online Virgin Atlantic Web check-in and boarding pass if still, you are facing any problem please call +44 344 874 7747. 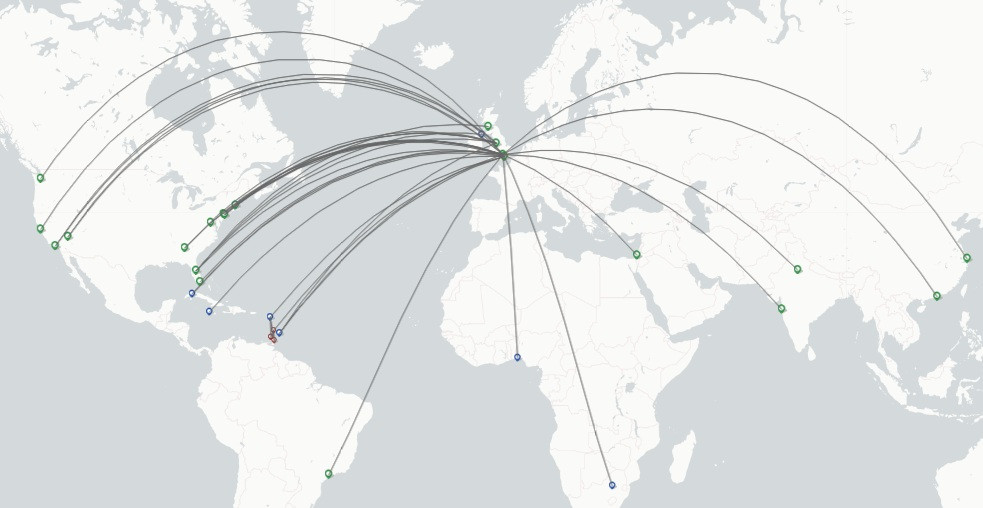