Air New Zealand is the national airlines of New Zealand which covers many domestic and international destinations all over the world. They are famous for their world-class services at reasonable prices. The official website of Air New Zealand is https://www.airnewzealand.co.nz/ where you can check for the fares and discounts for various flights offered by them.

Air New Zealand is one of the most popular airlines in the world whose quality of services and management skills are unmatched all over the world. It is headquartered at Wynyard Quarter, Auckland City, New Zealand. Currently, Christopher Luxon is working as the CEO of the airlines group. Government of New Zealand holds 53% shares of Air New Zealand. It is an employer to more than 10,000 people in New Zealand.

It was founded way back in 1939 as Tasman Empire Airways Limited as a part of an agreement among New Zealand, the United Kingdom, and Australia. Initially, it was established as a medium of air transport between Australia and New Zealand and later on it started offering services to other countries as well. The first flight flown by them was Short S30 Flying Boat between Auckland and Sydney. In 2000, Air New Zealand merged with Ansett Australia. After that, they were also involved in alliances with Virgin Australia in 2010. Government of New Zealand diluted their share from 73% to 53% in 2013 but still, they are the major shareholders.

Air New Zealand along with its subsidiaries covers 51 destinations all over the world. These destinations include all the continents except Antarctica. They also serve 8 summer charter planes for different destinations in Japan from Auckland. Their main hub is located in Auckland Airport while the other two are situated in Christchurch International Airport and Wellington International Airport. Air New Zealand has a codeshare agreement with several other airlines across the world like Alaska Airlines, Air China, Air India and many more like them.

One of the biggest specialities of Air New Zealand is their large number of destinations all over the globe. They serve 19 different countries directly including the major ones like the US, Australia, and the UK. Their efficient management of a huge number of flights with optimal efficiency is admired all over the world. Although they made some mistakes in their business operations, they never compromised with the quality of service provided to their customers even if that meant a little financial loss.

They allow checked baggage of 23Kg along with 7Kg of hand baggage. You can carry extra baggage over this weight up to 32Kg by paying extra charges. You can also easily bring your sporting equipment and other items like a bicycle or something like that. The exact baggage fare can change from destination to destination. For more information, you can check their official website.

There are four classes available in Air New Zealand flights. The services provided in each of them depend upon the fare of the respective class.

Business: It is the highest level of class in terms of dare and services in Air New Zealand. You will get comfortable seats, where you can even sleep easily. The fare for this class is the highest among all the mentioned classes.

Visit Air New Zealand site for web check-in http://www.airnewzealand.com and navigate to manage to bookings. You may have the option of online Air New Zealand Web check-in and boarding pass if still, you are facing any problem please call +64 9 369 1591. 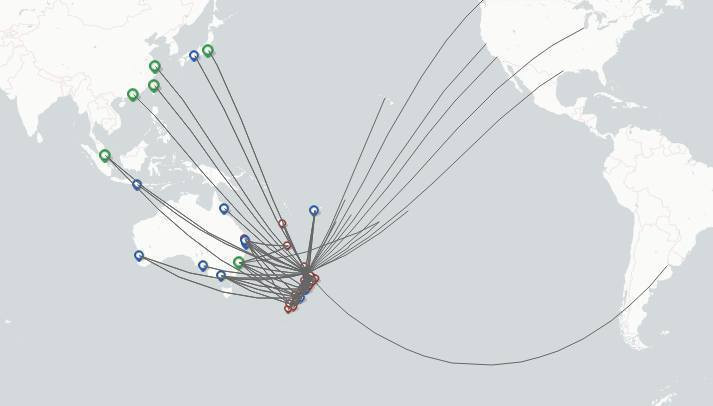