For the best of deals on tickets and flight bookings, you can visit the official website of the Swiss International Airlines www.swiss.com which is also the only known authentic website available. All the necessary information on the discounts and destinations is available on the website. The website keeps on adding new routes and packages every day so you must visit to grab the best discount.

The Swiss international airline AG which is commonly referred to as was is the Flag Carrier of the country of Switzerland and it is known to operate scheduled services from Europe to North America, South America, Africa and Asia. The airline has its hub at Zurich airport and Geneva Airport is the focus city. The Airline was formed after Swissair bankrupted in 2002. This new airline was built and was formed around this Swissair's regional subsidiary Crossair.

The airline was formed in 2002 after the bankruptcy of Swissair. St that time both Swissair and Crossair were both the parts of the SAirGroup. Cross air later changed its name to Swiss International Airlines and the newly formed Airlines official is started operating from the 31st of March 2002. The airline was initially owned by the institutional investors 61.3%, the Swiss Confederation 20.3%, cantons and communities 12.2% and others 6.2%.

The airline was founded on the 31st of March 2002. The main hub is Zurich Airport and the focus city is at the Geneva Airport. The popular frequent flyer program of the align is miles and more and now it is a member of the star alliance. Edelweiss Air is a subsidiary of the company. With a huge fleet size of 89 highly Advanced accounts and with the company slogan made of Switzerland, the airline of Switzerland the airline is known to connect over 102  in 46 countries across the globe. As of now, the company has over 9000 highly skilled employees. The net revenue earned is about 561 million CHF.

Along with all its subsidiaries and with the codeshare agreements with other Airlines, the airline is known to connect over 102 Destination in Europe, South America, North America and Africa.

Like most of the other Airlines, the Swhic provides all its passengers with some special features.

Like most of the other international airlines, the Swiss have some specific Baggage rules which all the passengers will have to follow regardless of the type of ticket.

Hand Baggage: You are allowed to keep Specific Baggage in the cabin.

For the flight to Europe:

For extra luggage, you will have to pay in extra at the time of boarding.

Like most of the other Airlines, the Swiss allow complimentary drinks and snacks based on the type of ticket.

Swiss special order: the airline also takes special food orders but you will have to inform the airline 48 hours before departure.

You can buy the flight tickets from the official website that has been mentioned above.

There are 3 types of classes:

If you are looking to make Swiss reservations visit our website airlinesmap.com or can book with direct Swiss official website http://www.swiss.com/ You may call our toll free number 888-220-0490 or direct Swiss number +41 44 564 0000. Get more information about Swiss Reservations and Flights Tickets to click below.

Visit Swiss site for web check-in http://www.swiss.com/ and navigate to manage to bookings. You may have the option of online Swiss Web check-in and boarding pass if still, you are facing any problem please call +41 44 564 0000.

It's very easy to claim Swiss cancellation and Swiss refund call direct phone number of +41 44 564 0000 or visit official site http://www.swiss.com/ manage bookings. You may have the option to refund or cancellation. 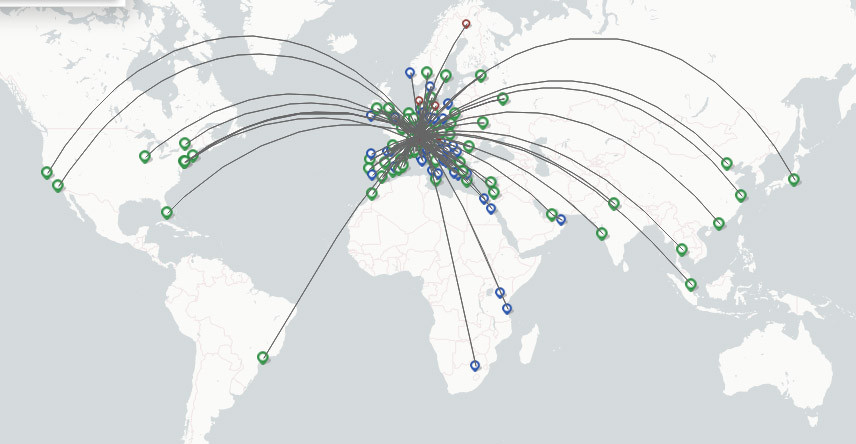