This is a Royal Dutch Airlines, and this is a flag carrier airlines that belongs to the Netherlands. It has its headquarters in Amstelveen and its hub is near the Amsterdam Airport Schiphol. This airlines are a part of the Air France–KLM group, and this airlines are a proud member of the Sky team airlines alliance.  You can see all the details about the flights and other things on their official website that is https://www.klm.com/. You can get all the updated information here.

The Supervision and the management of the KLM is designed in accordance with the tire model. The board is managed and supervised by sperate and independent supervisory board. This board also supervises the performance of the KLM. This board is formed by the four board of directors that also includes one CEO. This is an airlines that gives reference to the needs and desires of the passengers that fly through.

In the year 1919, a young aviator lieutenant Albert Plesman had the ELTA aviation exhibition in Amsterdam. The exhibition was very successful, and it resulted int establishments of a Dutch airlines. Then it got the status of a royal airline and in October 1919 weight Dutch businessmen founded KLM as one of the very first commercial airlines. The first flight flied on 17 May 1920, this was flown with help of a leased aircraft in which there were two British journalists and some other people. In 1920that airline carried 440 passengers and even 22 tons of fright. In the year 1921 it started its services with its own hired pilots and other staff.

The old head office being in Amstelveen, today its current headquarters were built between 1968 ad 1970. Before the new headquarters were introduced, the head office of the airlines was at the Schiphol Airport. The Airline logo was designed by Dirk Roosenburg in the year 1919 and he changed the positions of letter K, L and M and granted them a crown and wings. The crown represented the royal status of the airlines and the logo was more popular as "vinklogo". Then in the year 1961 it was redesigned and there were lines, four blue circles and a cross. This was designed in a beautiful way and in addition to the logo The KLM represents the alliance status in branding.

This is an established airlines that covers more than thousands of destinations all over the world. the main examples include Angola, Brazil, Chile, China, Columbia, Costa Rica, Denmark, France and many more.

KLM has its own policies about the baggage and there are different rules for the silver, gold and platinum members. these members can take two pieces of cheeked baggage that can not be more than 23 Kg in economy class and 3 pieces of checked baggage not more than 32 Kg in Business class. You will not be allowed to carry any sharp items like scissors in the flight and you can take that in the cargo. You are also not allowed to carry any liquids with you.

In KLM Economy Class, you can relish many food items and beverages. There will be a water bottle given to each passenger and refreshing towels. There will be snacks salad, and dessert too. The snacks will depend on the time of the flight. You can also get hot and cold drinks on your seats and if you want to have any special meals that can suit to your diet plan then you need to request the same at least one month before the flight and the crew will arrange the same for you.

You can book your flight tickets through the official site that is mentioned above. You can see the availability and then book the flight tickets. You can also get some discounts and deals while you book your tickets online.

There is an economy class where you can get all the basic facilities including food and the business class offers more comfort and more facilities too. Special crew members will be there at the service of passengers and these passengers will be given priority for taking their luggage etc. 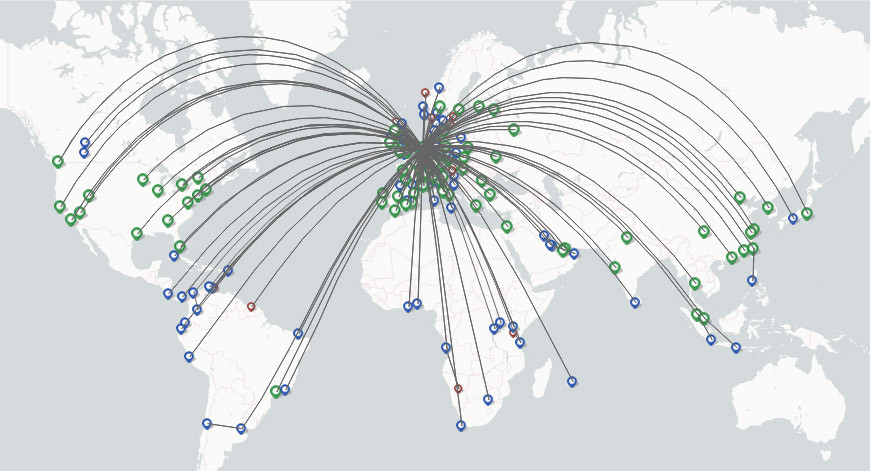