Also known as Vietjet Air, it operates as a low-cost airline from Vietnam. It is identified as the first privately owned new-age airline that was established in Vietnam. After its launch in the year 2011, it was also considered as the fifth airline which provides services as civil domestic flights. It was also identified as the second private airline that provides domestic services in Vietnam.

It was founded in the year 2007 but its operations commenced from the year 2011. There are four major hubs operated by this airline. It owns a fleet of 67 aircraft which is used to serve almost 44 destinations including both domestic and international. It has a slogan that goes well along with the services that are offered by the company. The slogan is “Enjoy Lying”. The airline ensures that each passenger has a good onboard experience and they enjoy their travel.

City to Hanoi. Later, in the year 2013, the airline launched its first international flight from Ho Chi Minh City to Bangkok, and after this launch, it was also called the first Vietnamese private airline which flew to international destinations. In the year 2016, when Obama visited Vietnam he signed an order of new aircraft which was Boeing 737 Max and it was known that it will be delivered in the year 2019.

It has an official website that contains all the necessary options regarding the operations and the company. Website -​​www.vietjetair.com​. It is committed to providing services so that the guests can have great travel experience and they also enjoy their journey with smiles on their faces. The company operates on a route network and covers several destinations in the entire nation and also operates to more than 30 destinations in Thailand, Singapore, Myanmar etc. During its 8 years of service, it has also bagged the award of “The best Asian low-cost carrier”.

Domestic as well as international destinations are served by the airline. It serves around 18 destinations and 26 international ones. Some of the destinations covered are served on a seasonal basis while there are many permanent ones as well. The airline operates to Australia, Cambodia, China, Hong Kong, Macau, Japan, Thailand, Vietnam, etc. The names listed are just of the main cities, while there are several airports served in a single city. It has its main hubs located in Vietnam itself and there are almost 5.

The airline operates based on some core values that it aims to offer to its guests. Customer satisfaction is its priority and its operations are carried out keeping its goals in mind. Great services have helped the airline won several awards such as- Best Asian low-cost carrier, The most favourite Carrier in Vietnam, etc.

A handbag can be carried in flight by each passenger and it should not weigh more than 7kgs. The favourable dimension of the handbag should be 56*36*23 cm. A checked bag per person is allowed and the maximum weight of it should be 32 kgs with a maximum dimension of 119*119*81 cms. It should also be noted that high charges are applicable for extra luggage.

Meal charges are not included along with the airfare charged. They have an onboard menu for its passengers and meals can be ordered from the menu. Extra charges apply to the orders made. Meals are to be pre-ordered so that the arrangement can be done beforehand. It is recommended to pre-order almost 36 hours before the departure. However, for flights of less than one-hour hot meals cannot be ordered, instead of snacks, drinks can be purchased. There are 9 hot meal options available for its guests.

Easily book flight tickets from their official website. They have a separate section that allows booking of tickets at your fingertips. Selection of seats along with the preferred time of choice is also an option. Search for the available flights on the date you want to travel and you can also provide special instructions that need to be followed. Managing your booked tickets is also an option available, necessary alterations and cancellations can be easily done.

It should be noted that to seat beside the person you are travelling with pre-booking is always recommended. Else, the seats are allocated randomly according to the availability.

If you are looking to make Vietjet reservations visit our website airlinesmap.com or can book with direct Vietjet official website https://www.vietjetair.com/Sites/Web/en-US/Home You may call our toll free number 888-220-0490 or direct Vietjet number +84 1900 1886. Get more information about Vietjet Reservations and Flights Tickets to click below.

Visit Vietjet site for web check-in https://www.vietjetair.com/Sites/Web/en-US/Home and navigate to manage to bookings. You may have the option of online Vietjet Web check-in and boarding pass if still, you are facing any problem please call +84 1900 1886.

It's very easy to claim Vietjet cancellation and Vietjet refund call direct phone number of +84 1900 1886 or visit official site https://www.vietjetair.com/Sites/Web/en-US/Home manage bookings. You may have the option to refund or cancellation. 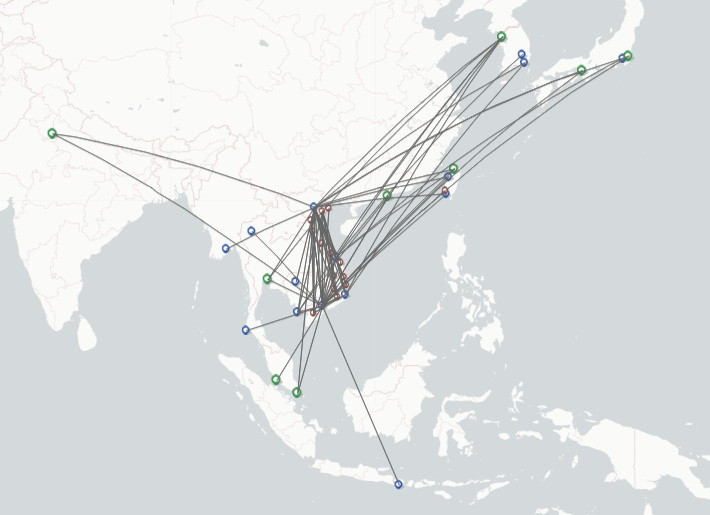