Aviation in China has developed leaps and bounds over the last few decades and today China is one of the main markets for aviation anywhere in the world. It is a large country where traveling by air domestically is very common and many Chinese tourist and business people travel abroad every year. Okay Airways provides hot deals to travelers to travel to around 100 destinations and these deals are available on their website www.okair.net.

Okay Airways is a Chinese aviation company that caters to passenger travel as well as cargo services. The headquarters for this airline is located in the Shunyi District in Beijing which is the capital city of the People’s Republic of China. This is a large airline company in China that is known for its efficiency, hospitality, and affordability. It offers regular flights within China and a lot of flights to neighboring countries in the South East and East Asia.

Okay Airways was founded in 2004 and began its operations in 2005 after receiving their aviation license from the Civil Aviation Administration of China. The first flight by this airline was from Tianjin to Changsha in 2005 and this airline is known as China’s first airline in the private sector. Okay Airways is headquartered in the same facility as Air China which is China’s flag carrier airline company.

Okay Airlines has around 28 aircraft and have also ordered a new plane which will become part of the fleet. Okay Airlines planes are mainly Boeing 737 aircraft and the fleet is modern and well equipped with modern amenities and luxuries. This is a regional airline and has a dedicated aircraft fleet for passenger travel and separate aircraft for cargo services. The airline company has a frequent fliers loyalty miles program called Holy Clouds Club where travelers can earn miles and get discounts for their travels with this airline. Okay airlines have plans to extend their fleet and operations in the near future making it a top airline in the region.

Okay Airlines is headquartered in Beijing and has hubs all across China. This includes Tianjin Binhai International Airport, Xi’an Xianyang International Airport, and Changsha Huanghua International Airport. The airline operates in China, Vietnam, South Korea, Japan, Thailand, and the Philippines. It caters to major cities in the region like Chengdu, Tianjin, Xi’an, Osaka, Tokyo, Phuket, Krabi, and Da Nang to name a few. This is a top regional airline in East and South East Asia. This is a growing airline in this region with more aircraft in the fleet in the near future to increase more flights to different cities and towns in this region.

This is China’s first privately-owned airline company and connects most major towns and cities in China. This makes the airline a top choice for passengers looking for regular flights domestically to towns and cities within China. This airline is known for its affordable prices, advanced aircraft with great modern interiors, good amenities, travel services, and excellent special passenger services. The airline is headquartered in Beijing which is the capital city in China and has operations in different provinces within China.

Okay Airways offers customers both international as well as domestic flights. Specific dimensions are mentioned in the company’s baggage policy when it comes to the dimensions of baggage allowed as carry-on luggage by passengers. Passengers are allowed 20 kg of checked-in luggage per passenger on this airline. Baggage Allowance rules are available on this website and passengers can ascertain what they can carry on the flight and what they cannot when it comes to Okay Airways.

Okay Airlines Food Policy: Okay Airlines offers meals to the passengers that travel with this airline. This is a value for money flight service that offers adequate food for the duration of the flight.

Okay Airlines Beverages Policy: There is an assortment of drinks on offer at this airline starting from bottled water to various types of drinks which are available on the Okay Airways flight.

Okay Airlines is a regional airline in China which also has flights to countries around China that include countries in East Asia and South East Asia. It has a great airline that offers an official website which helps people book tickets directly through the websites. Okay Airlines is a top choice for this region and there are plenty of websites online that offers a lot of information about the flights by this website.

Visit Okay Airways site for web check-in http://www.okair.net and navigate to manage to bookings. You may have the option of online Okay Airways Web check-in and boarding pass if still, you are facing any problem please call +86 22 2490 3499.

It's very easy to claim Okay Airways cancellation and Okay Airways refund call direct phone number of +86 22 2490 3499 or visit official site http://www.okair.net manage bookings. You may have the option to refund or cancellation. 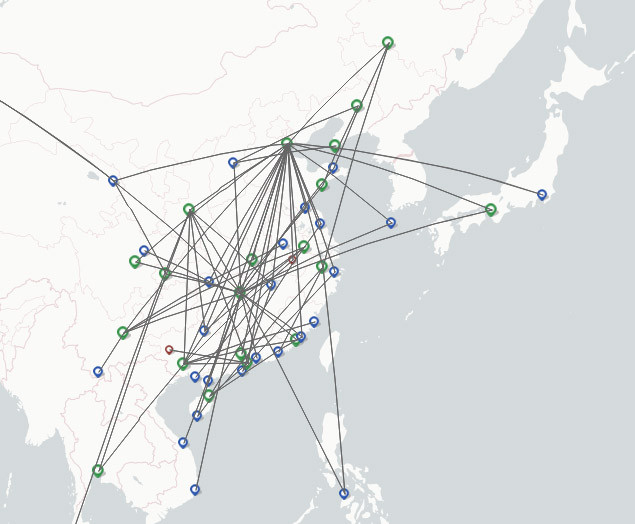