Fuzhou Airlines offer the best deals to customers to major destinations within China. Fuzhou is a coastal city and this is a domestic airline and the online portal of this website is www.fuzhou-air.cn. This website offers details for all the major flights, give online check-in options and also provide the travelers with details about new deals, customer programs, and other such details.

Fuzhou Airlines is a relatively new airline company in China. The airline was started in 2014 and initially, Hainan Airlines provided these airlines with their pilots and other professional crews to run the airline. Fuzhou Airlines got its Air Operators Certificate in October 2014. This certificate was given to the airline by the Civil Aviation Administration of China. The first flight from this airline in 2014 was between Fuzhou and China’s capital city, Beijing.

This is a small airline company that caters to Fuzhou and domestic flights within China. It has a fleet of 18 airplanes. The fleet is well maintained and the airline has been successfully running with 18 planes for around five years. All the airplanes currently running in this fleet are versions of the Boeing 737 airplane which is a short to medium range airliner that is currently used by many domestic airline companies all over the world because of its advanced technological superiority.

Fuzhou Airlines Changle International Airport is the hub for Fuzhou Airlines as it is the main international airport serving Fuzhou and also its surrounding regions. Fuzhou is the capital of Fujian Province in China and the airline company caters to many domestic destinations for travelers. There are regular domestic flights by this airline to major cities in China to places like Beijing, Shanghai, Xian, Tianjin, Haikou, Chongqing, Kunming, Hefei, and Taiyuan. The official website has details about all the flights and destinations that this airline serves regularly.

Fuzhou Airlines is a subsidiary of Hainan Airlines and a great domestic airline for the Fujian Province and for getting domestic flights out of Fuzhou. It has partnered with Sabre Corporation and also signed a global distribution service deal as it is looking to grow and expand as an airline. The airline is known to take special care of the disabled passengers and is also a family-friendly airline.

Fuzhou Airlines is a domestic airlines company that runs short distance flights within China. Business Class passengers can carry 30 kg baggage and economy class passengers can carry baggage weighing 20 kgs. There are membership plans that can help passengers carry more luggages in their checked baggage. In business class, two pieces of luggage are allowed not weighing more than 7 kgs and in economy class, one piece of carry-on luggage is allowed less than 7 kgs. Excess baggage is allowed but passengers have to pay a fee for their excess baggage.

Fuzhou Airlines offers refreshments and food onboard and snacks are provided depending on the timing of the flight and the time of the day.

Fuzhou Airlines has an official website that displays all information regarding daily flights by this airline. Online booking of flight tickets through this airline is very easy with this website. Flight aggregator websites display information about this airline and as Fuzhou Changle International Airport is its main hub information about flight tickets of this airline can be acquired on the airport. Online airline booking is done by providing personal details and payment details and it is important that passengers carry ID with them while traveling along with their tickets. Booking can be done for the upcoming dates easily online and one way, return and multi-way tickets are available with Fuzhou Airlines.

Business Class: There are a few business class seats also available on every airline and the amenities in Business Class are more luxurious than Economy Class.

Visit Fuzhou Airlines site for web check-in http://www.fuzhou-air.cn/ and navigate to manage to bookings. You may have the option of online Fuzhou Airlines Web check-in and boarding pass if still, you are facing any problem please call +86 591 950 716 66. 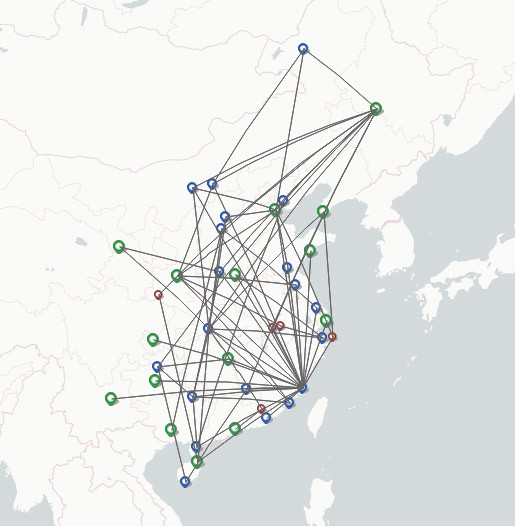