You can get all the details regarding flight timings, ticket prices, offers and discounts for booking on the official web page of the airline which is www.delta.com.

Delta Air Lines, also known as Delta, is known to be one among the major airlines of the USA which carries a legacy. Headquartered in the Atlanta city of Georgia, it was founded almost 95 years ago as Huff Daland Dusters, later renamed as Delta Air Lines. Over the years it achieved the second rank among the world's largest airlines on the basis of the number of passengers traveling, size of the fleet and the revenue earned.

— The airline started its operation as a crop duster and was named 'Huff Daland Dusters, Incorporated' on the 30th of May 1924. The four founding members of the airline are Collett E.Woolman(also one among the original directors bought the airline on the 13th of September 1928 and it was then that the company got renamed as Delta Airlines), C.H.McHenery, Malcolm S.Biedenharn, and Travis Oliver. Over the years it also had a shift of headquarter from Monroe to its current location that is Atlanta. The planes used to carry freight during the year 1946 but from 1949 onward, it brought into market discounted fares for traveling between Chicago and Miami. Soon the company began to occupy a valuable position in the industry of airlines and in 1953, it launched the very first international routes after acquiring Chicago and airlines of the south. Later in 1959, it became the first company to use the planes of Douglas DC-8 for traveling and in 1960 became the first one to use Convair 880 jets. With its increasing market, the company began to conquer other airline companies which include the Pan Am Shuttle (also rebranded as Delta Shuttle), Northeastern airlines and the Western airlines. In the year 1990, it became the first airline of the US to use the jets of McDonnell Douglas MD-11. After filing a case of bankruptcy in 2005, the company rose from the loss in the year 2007 and got its shares listed once again in the New York Stock Exchange.

The airline has got a fleet size of 918 and covers nearly 325 destinations covering 52 countries. The revenue earned is $44.438 billion (as of 2018) and employees over 86,564 people. Operating income is worth $5.27 billion and resources evaluate to $60.270 billion. The company slogan is “Keep Climbing” and it quite stands up to its slogan. It has earned 69th rank on the fortune 500. It has Song as its low-cost carrier. The following airlines have a codeshare agreement with Delta; Aeroflot, Virgin Australia, Korean Air, Air Europe, Air France, Czech Airlines, Vietnam Airlines, Kenya Airways, Garuda Indonesia, Alitalia, China Airlines, Gol Transportes Aereos, WestJet, Aerolineas Argentinas, Seaborne Airlines, Transavia.

Delta and it's allied companies Sky Team and Sky team Cargo handles the operation of more than 15,000 flights every day. The company stands to be the only one in the United States to cover Accra, Copenhagen, Dakar, Dusseldorf, Johannesburg, Lagos, Nice, Ponta Delgada, and Stuttgart. With currently nine hubs, the airlines have announced that there will be non-stop services of flights between New York city's JFK and Mumbai from December 2019. Atlanta is the southeastern hub and Boston the transatlantic one, Detroit is the Northwest merger hub (also called Midwest hub) and there are others too like Los Angeles, Salt Lake City, Seattle, and Minneapolis Saint Paul.

- There is the distinction between airlines on various grounds which make them different from each other. Here are the special features of Delta; a. The premium business class product called Delta One for long international and transcontinental flights. Its feature includes lying flat seats and direct access to the aisle from all seats. b. Delta Comfort is the other kind of seat available for passengers with overhead space, snacks, and beer on a compliment, free headset, and Sky Priority Boarding. c. Having the largest Wi-Fi-equipped fleet aircraft, the company launched it in August 2008 to benefit the passenger-carrying laptops, smartphones, tablets to use the internet. d. Magazines are kept in every seat for people who want some sort of look into the affairs of the world.

The passengers are allowed to get one cabin baggage, one small bag on their own which can fit into the bins overhead or under the seat. There is no weight limit for carrying baggage. They charge fees for excess baggage and special items. For basic economy the baggage limit is 23 kg per person and for first-class and premium economy it is 32 kg per person.

The Delta has collaborations with good food brands to serve their passengers on board. Though meals are not provided to the economy class passengers and those who hold the tickets of the main cabin yet for some routes the meal is complimentary along with free non-alcoholic drinks. For those who need to travel for more than one and a half hour can buy snacks through Delta Flight Fuel program.

Like every other company, online booking options are available 24/7. If a customer needs to have extra information which is not available online they can go to the reception and learn all that they need to know about. Various discounts and offers keep on coming to attract customers and get them into the best of experiences with Delta.

There are four types of classes available on flights;

First Class- Booked for celebrities, the staff serving here are highly trained and the standard of everything shoots up to the most.

Visit Delta Air Lines site for web check-in http://www.delta.com and navigate to manage to bookings. You may have the option of online Delta AirLines Web check-in and boarding pass if still, you are facing any problem please call +1 800 221 12 12. 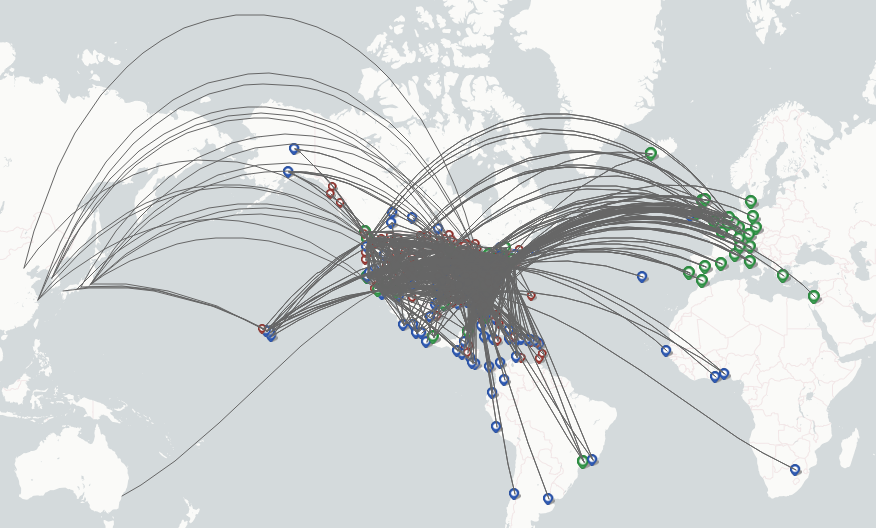