For best deals on flights and discounts on ticket visit www.arikair.com which is the best and the only Authentic website for flight booking here. You will be getting the best of deals and offers here.

Arik Air took over the former airline known as the Nigeria airways on the 3rd of April,2006. It took over this airline somewhat 3 years after it’s cancellation and started reconstruction work. Arik first started with two new Bombardier CRJ-900 aircraft on 14th June 2006 and started to fly domestic routes throughout the entirety of Nigeria and also within the African continent from the summer of 2006. Two ex-United Airlines Boeing 737-300s three 50 seat Bombardier CRJ-900 was further added to the list.

The Federal Ministry of Aviation finally allowed Arik Air's authorization to fly to Trinidad and Tobago, London, Amsterdam, and Madrid in Europe in the month of August 2006. This airline then planned to expand its network by adding Atlanta, Houston, Miami and Birmingham to its fly-list. This airline once upon a time was totally owned by Ojemai Investments.

The US Department of Transportation gave Arik Air permission to fly to the United States on the 4th of April 2008. Soon after, Arik Air started international tours to London-Heathrow on the 15th of December, 2008. To Johannesburg on the 1st of June 2009. To New York JFK on the 30th of November 2009 and finally to Dubai on the 28th of July 2014 one after the other.

It has a secondary airline which goes by the name of Arik Niger. This airline started its journeys from April 2009. But sadly, it was then shut down in February 2010.

Arik Air has grown and made a lot of progress since its establishment in 2002. It is one of the most reliable and reputable airlines in Nigeria. People have been using this airline for a very long time. This airline looks after it’s passengers in the best way possible. They make sure that the passengers are at ease and faces no problem. Arik Air is used all over the world and provides its users with the best kinds of services.

Arik Air is the largest carrier in West Africa as of 2016 and provides its users with a large network of destinations across Nigeria, Africa, the United States, and Europe.

Arik Air transported their five millionth passenger on the 6th of August 2010 and it’s ten-millionth on the 18th of September 2012. Both of these milestones were achieved on flights from Johannesburg to Lagos.

A cabin luggage maximum of 12kgs for international flights and 6kgs for domestic flights is allowed.

Like most of the other Airlines, Arik Air does not provide complementary drink or food on the ticket.

They provide their users with the facility of booking and canceling tickets online. This feature helps its users to book tickets any time from anywhere. They also have booking stores that stay open 24 hours a day throughout which enables its passengers to buy their tickets any time they want to or feel comfortable.

The Arik Air flights provide its users with two types of classes.

Business: You will get flatbeds with footrest, pillows, charging points and LED screen.

If you are looking to make Arik Air reservations visit our website airlinesmap.com or can book with direct Arik Air official website https://www.arikair.com/ You may call our toll free number 888-220-0490 or direct Arik Air number +234 1 279 99 99. Get more information about Arik Air Reservations and Flights Tickets to click below.

Visit Arik Air site for web check-in https://www.arikair.com/ and navigate to manage to bookings. You may have the option of online Arik Air Web check-in and boarding pass if still, you are facing any problem please call +234 1 279 99 99.

It's very easy to claim Arik Air cancellation and Arik Air refund call direct phone number of +234 1 279 99 99 or visit official site https://www.arikair.com/ manage bookings. You may have the option to refund or cancellation. 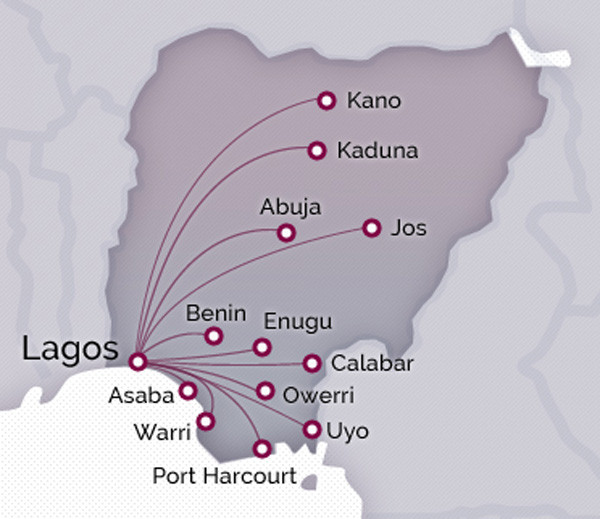 1. How can I book my tickets on Arik Air?

Your tickets will be given to you after making full payment.  If you are travelling within seven days of departure, then you need  to collect the ticket from airport. Also you book Arik Air flights online on official site -https://www.arikair.com/ done.

2. What if I do late book of my tickets Arik Air?

If there is late booking, then one needs to do the formalities for the registered delivery of the documents.

Yes. The tickets and the photo Identity cards will be checked at the entry gate and if there is a disbalance then the said passengers will not be allowed to take the flight. A request is required to be made in case of any changes to be made and the required roofs are needed to submit.

4. What is required to enter the airport terminal and check-in at the counter Arik Air?

There will be manual checking and the authorities will check the photo identity cards and the tickets of all the passengers. If the passengers do not produce these then they will not be allowed to enter the terminal. Also, the baggage will have to be checked in and the tags will be attached to the bags as an identification.

5. What is allowed in cabin baggage Arik Air Airlines?

6. Can we carry food and alcohol is allowed in Arik Air?

Yes. The passengers and bring their own food but no drinks and water will be allowed from outside. However, alcohol is not allowed on the Arik Air flights.

7. How can I pre book extra baggage and its charges Arik Air?

If there is extra baggage, then the charges will need to be paid. The charge can be either paid in advance online or they can also be paid in cash at the time of departure.

8. How can I get discounted coupons Arik Air airlines?

The airlines have some discounts coupons to be offered to the regular flyers and they are updated on the portal of the airlines from time to  time.

9. Does Arik Airlines have WIFI?

Yes. This facility is given to the passengers onboard however this is given only for some selected flights. In addition, also there are some other onboard entertainment services offered in the sky.

10. Does Arik Airlines provide food? veg /non veg. And can I carry my own snack onboard to eat?

Yes. Good quality food facility is provided to the passengers in the Arik Air flight. Also, there are some beverages offered onboard.

11. How I can make reservation with direct Arik Air airlines?

The passengers can book their flight tickets directly. The passengers are required to visit the site of the airlines and then first see if the tickets are available. They need to enter the correct details for booking the ticket.

12. How can do date change in Arik Air airlines flight?

13. What is direct phone number of Arik Airlines customer care?

+234 1 279 99 99 is the direct helpline number of the airlines and the passengers can call on this number for any queries of their bookings etc.

14. What onboard services will Arik Air airline offer?

The airlines offer good onboard services like food, beverages, entertainment, WIFI and many more.

15. Will this Arik Air have air conditioned buses to take people to the aircraft?

Yes. There are many air conditioned buses those are available to reach to the aircraft. The preference is given to the elders, children and the physically disabled people.

16. Can I interline my Arik flight with other domestic and/or international airlines?

Yes. There is a facility to have a connecting flight and this must be done at the time of booking of your ticket.

17. How to book tickets for Arik Air airlines?