Volaris is a low-cost Mexican airline which covers the domestic and international sectors within America. It is one of the most leading airlines in the Mexican domestic market and covers about 21% of the total market share. Its headquarter is in Mexico City, Mexico. Their official website is registered as ​www.volaris.com​which has all the major information about the airline.

March 2006 between Toluca to Tijuana. The total fleet of Volaris is 75 and it generally uses Airbus A319 - Airbus A321 for its operations. Volaris Airlines provides the cheapest airfare which enables you to travel across more than 100 cities. Volaris is the second-largest airline in the country after Aeromexico. Earlier the airline avoided the city Mexico as being the most expensive and busy airport, later, the company owned several slots that were owned by Mexicana and some of the subsidiaries Mexicanaclick and Mexicanalink the airlines which are no longer operating.

The airline started its operations in August 2005 in the name of Vuela Airlines. Later in the month of July in the year 2010 the major shareholders of Vuela namely, Televisa and Inbursa had sold their part of shares to Volaris, which brought Volaris as an airline into the market. Selling of tickets started taking place from 12th January 2006 while the first non commercial flight took place in February 2006 and the same started generating revenue from 13th March 2006. On 5th June 2012, the company had come up with a club membership program known as the VClub, for the passengers who fly frequently with the airline.

Volaris has gained much popularity with just fifteen years of existence. The airline celebrates its anniversary by offering huge discounts on airfares every year since the seventh anniversary on 13th March 2013. It has been observed that with each passing year Volaris kept expanding and the no. Of destinations covered kept on increasing. The company thrive to provide the best possible services at the cheapest rate possible. The employees of the airline also work together as a team so that the passengers feel at ease during the flight.

Volaris allows oversized baggage not only this it also provides allows carrying special items like sports and musical instruments. In its office, the airline has used the recycled interiors of an aircraft as their part of interior for the office and in the meeting areas, the original aircraft seats are being used in case of normal seating chairs. This is a way in which the cost is minimized and the resources are used to the fullest extent. Volaris looks after the customers as they are the first priority for the airline and their satisfaction is what matters the most.

The fare of the ticket does not include the charges for food and beverages as it is a low-cost carrier. However, they have an in-flight menu which is known as the In Cloud Menu which enables passengers to choose from a wide range of options. The menu includes different sorts of snacks, food and beverages.

Visit Volaris Airline site for web check-in https://www.volaris.com/ and navigate to manage to bookings. You may have the option of online Volaris Airline Web check-in and boarding pass if still, you are facing any problem please call +52 55 1102 8000. 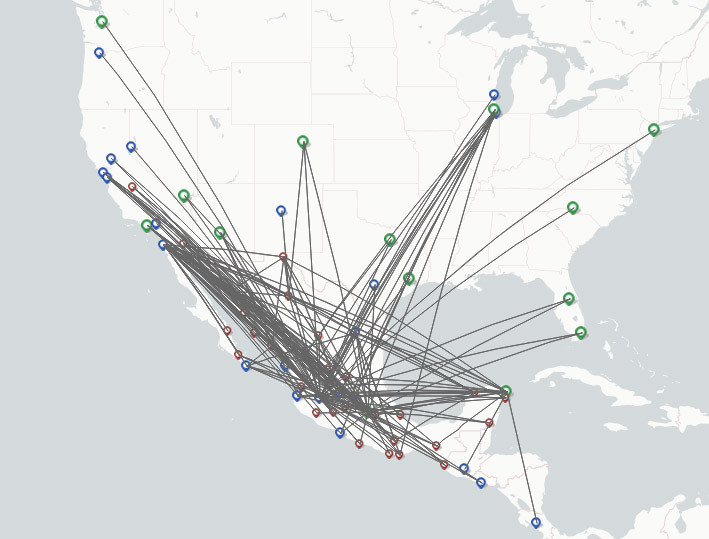