If you want to take full advantage of the latest offers and deals off of your next flight, go for Tianjin Airlines. Visit their official website at http://www.tianjin-air.com  for information on flights, discounts and also all the latest updates.

Established in the year 2004, Grand China Express Air received its flying license in 2007 from the Civil Aviation Administration of China. Initially, it merged with major aviation estates of China Xinhua Airlines, Hainan Airlines, Shanxi Airlines and Chang An Airlines. In its initial days, the company became the country’s biggest regional airline and flew across 78 routes connecting 54 cities. However, in 2009, June 10, the company decided to change its name to Tianjin Airlines. By August 2011, the airline was already covering 63 destinations. In 2016, Tianjin Airlines began its long-haul service to London-Gatwick in the UK, Auckland in New Zealand and Moscow-Sheremetyevo in Russia.

Tianjin Airlines is a part of the HNA group and was founded in 2009, June 8. It is co-devised by Hainan Airlines and Tianjin government and is situated in the economic centre of Bohai Rim region. Owning a young and sumptuous fleet of 104 airbuses, Tianjin Airlines has managed to maintain a network with Xi’an, Tianjin, Urumqi, Hohhot and many more. It has added more than 290 domestic and international routes, 50 of which are international. The airline has a widespread over China as well as Japan, Russia, Korea and other countries and also provides direct flights to New Zealand, UK and Australia.

They are now planning to open up to the more long-distance and medium routes in medium-sized as well as large cities.

You can google all the listed destinations that the airline travels to (refer: Wikipedia page of the airline company).

You can just visit their official website mentioned above and book your tickets.

Visit Tianjin Airlines site for web check-in http://www.tianjin-air.com/ and navigate to manage to bookings. You may have the option of online Tianjin Airlines Web check-in and boarding pass if still, you are facing any problem please call +86 22 2490 3700. 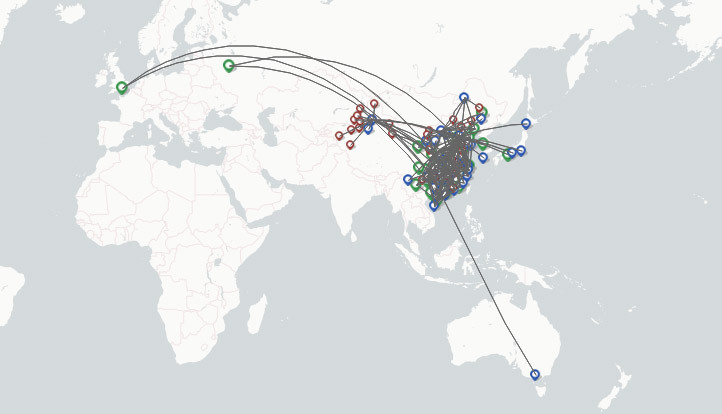