Sun Express is known to be a Turkish Airline Company based out of Antalya, Turkey. It also operates several chartered flights across several destinations in North Africa, Europe and Asia. Sun Express holds the repute of being one of the leading luxury flights in Europe and gradually it has turned out to be the largest airline functioning between Turkey and Germany. Apart from Antalya, Izmir located on the Aegean Coast serves as a relevant functional hub for Sun Express. It also comprises of a German Subsidiary ‘SunExpress Deutschland GmbH’ which is located at the Frankfurt International Airport. The German Sun Express works towards maintaining a firm quality of service between Turkey and Germany. The airline functions in 21airports in Turkey and more than 12 airports in Germany. Sun Express employs more than 4,000 people all over the world and the number is increasing at a steady rate with its proliferation of services and operations.

In the year 1989, Sun Express was established and got predominantly functional from next year onwards. The airline was formed as a joint venture between Turkish Airlines and the Lufthansa Group. Each of these companies owns a fifty percent share in the company. Chartered flights are operated throughout Europe especially Germany and Antalya for a long time. In 2010, the 20th anniversary of Sun Express was celebrated with the delivery of brand new six Boeing 737-800s. They also re-invented themselves completely with a new corporate and visual presence in the market.

The first journey for the Sun Express took place in the year 1990 with a charter service between Antalya and Frankfurt. In the year 1995, Lufthansa group relocated its shares to Condor. Again in the year 2007, those shares were taken by Lufthansa as Condor was then taken over by the Thomas Cook Group. It was the first commercial private airline company to launch international scheduled flights between Antalya and Frankfurt form Turkey in 2001. From 2006, adding Izmir to their second base, domestic flights were being operated. Gradually, scheduled flights were on a rise. The first airline to connect Izmir with Antolian cities with direct flights from Turkey was Sun Express.  Several value added services were introduced to engage more and more customers to keep up with the transformation of the Aviation Industry. In 2010 with the inception of Sun Express frequent flyer programme, direct flights from Anatolia and Germany were launched in Turkey. The German subsidiary also works intensively to reach out to a variety of destinations. With German registration license, the airline served places on the Red Sea, Canary Island in Spain and Nile in Egypt.

Sun Express Airlines covers most of Europe and surrounding continents. It provides high end flight services to Morocco, Netherlands, Switzerland, France, Germany, Greece, Denmark, Finland, Egypt, Bahrain, Russia, Spain and many more countries as such. Its increasing connectivity over years has helped to expand its customer base and earn a name in the Global Aviation Market.

Suitable Ticket for your Trip

At first, choose the destination where you are planning to head, and accordingly select the fare which suits your budget well. The price of air tickets depend upon regional and national occasions and other factors. Do intensive research and get the flight which serves you the best with its facilities as well as suits your pocket.

The three classes of the flight; Sun Eco Sun Class and Sun Premium comprises of varied meal options for the passengers. In Sun Eco a basic flight meal from can be booked in advance from SunLight Bistro Deluxe or you can choose from several options on board. In Sun Classic, a sandwich, a chocolate bar and a choice of two non – alcoholic beverages are available. In Sun Premium, a premium hot meal is provided. Two drinks are provided on International Flights and flights within Turkey.

Booking for Sun Express can be done from the website itself as well as from other online travel portals. It is one of the prime sources of travel from Turkey and Frankfurt. Henceforth, booking at the spot is quite a task. Due to the immense rush in the flight network, spot booking at the airport is almost impossible. It’s advisable to book your tickets online as it helps you to be updated about your flight status and other details.

Visit Sun Express site for web check-in http://www.sunexpress.com.tr/ and navigate to manage to bookings. You may have the option of online Sun Express Web check-in and boarding pass if still, you are facing any problem please call +90 232 444 07 97.

It's very easy to claim Sun Express cancellation and Sun Express refund call direct phone number of +90 232 444 07 97 or visit official site http://www.sunexpress.com.tr/ manage bookings. You may have the option to refund or cancellation. 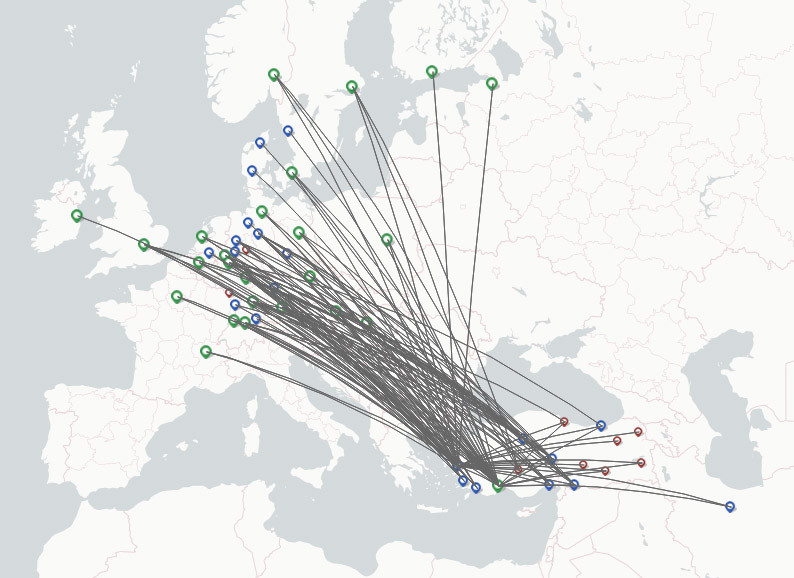