Precision Air Services Plc is a Tanzanian airline which has its man base at the Nyerere International Airport in Dar es Salaam It also has its mini hub at the Mwanza Airport. The airline operates scheduled passenger services to many places like the Nairobi, Entebbe, and airports in Tanzania. In the year 2011, the precision air entered into interline agreements with the famous Qatar Airways, and now that permits the passengers of the Qatar airways to connect to the other East African destinations like the Arusha and Zanzibar via Dar es Salaam and Kilimanjaro International Airport. This agreement also covers e-ticketing. If you want to get online tickets for the flight or if you wish to get more information about the flight schedule and all then you can see them all at the official website of the airlines that is https://www.precisionairtz.com/.

This is a growing company that has got many awards in the sector of aviation. The airlines have also been recognized and earned many awards like the Brand Excellence Award, The Best Domestic Scheduled Airline in Tanzania 2013 award and many other awards that make the company look different from others. The company is also listed at the Dar es Salaam Stock Exchange.

The airlines were established in the year 1993 and it was started as a private charter air transport company that operated a five water piper Aztec Aircraft. Its main business line mainly was about giving connections to the tourists visiting the rich natural attractions. The very first fight was scheduled using a seven-seater one engine and some other engines till 1990 when the airline introduced the more comfortable and bigger ATR fleet.

The company currently has its headquarters at Dar es Salaam- the commercial city of the United Republic of Tanzania.   The main services of the airlines include the scheduled flights, cargo and chartered services and they are growing well day by day. In May 2009 the TCAA granted the company a license and this is where the company started with the ground operations. It seeks a third-party ground handling license.

This covers many destinations and hubs like the Nairobi. The main locations include Uganda, Kahama, Dodoma, Zanzibar and many more.

In the year 2006 the company embarked a good fleet modernization work and there was a contract signed with France to give new aircraft. These were given in the year 2010. In 2012 the airlines got on another fleet modernization program that saw the precision air become very first airlines in the world to operate some new ones. The current fleet of the company has got five 70-seater and three 48-seateraircrafts well equipped with all the requirements.

A passenger can take maximum of 23 Kg checked baggage with him and anything extra will be chargeable. The passenger will not be allowed to carry anything sharp items like scissors in the aircraft. The passengers need to be at the airport gates at least two hors before the flight departure time. If you want to take strollers for the kids, then you need to make request for the same. Your handbag in the aircraft should not be more than 7 kgs.

Freshly made food will be served on your seat and you can relish the same with some beverages. No alcohol will be served on the flight however you can enjoy some tea or coffee. You can get a water bottle and if you need extra then you can make request for the sae Any special meals as per the medial needs have to be booked in advance. If you have baby and has some special food needs, then you need to make request for the same in advance.

This is a basic class with all the basic facilities and the fares will be moderate. The cabin crew will help you if you need anything.

This is a class that is upper class and you can get extra facilities, extra space and extra comfort too. You can enjoy good food here however the fares will be on a very higher side. There will be personal attention to each passenger there.

Visit Precision Air site for web check-in http://www.precisionairtz.com/ and navigate to manage to bookings. You may have the option of online Precision Air Web check-in and boarding pass if still, you are facing any problem please call +255 787 888 417.

It's very easy to claim Precision Air cancellation and Precision Air refund call direct phone number of +255 787 888 417 or visit official site http://www.precisionairtz.com/ manage bookings. You may have the option to refund or cancellation. 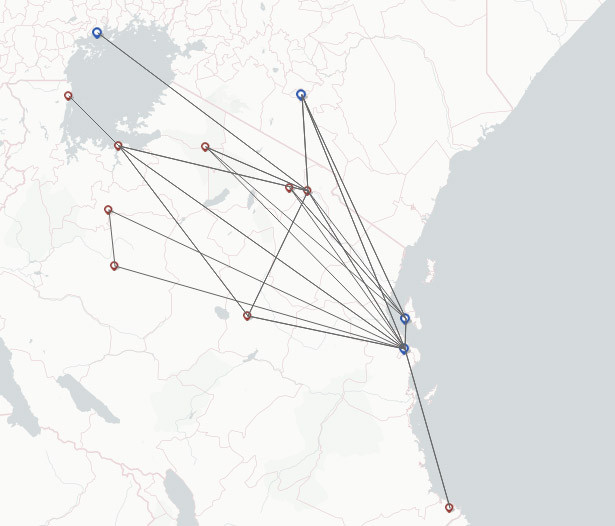