Myanmar airways international is a Myanmar airline and is a privately owned airline. The headquarter is located at the Yangon, Myanmar it performs required service to destination which are mainly in Southeast Asia.

Myanmar airways international is one of the well known airlines operating in Myanmar. The service provided to the passengers are exceptional they offer efficient and quick service to the flight passenger. It can be referred as one of the remarkable airline offering passage to different part of Asia. After years the airline has gathered enough goodwill with its well provided service to be recognised by the people.

Before the independence on 1946, government discovered an airline as Union of Burma Airways during the time it was founded it only focused on providing domestic service but on 1950 it officially included international service. There was continuous change of name of the airline for sometime like on 1972 they converted the name of airline from “Union of Burma Airways” to “Burma Airways” and on 1st April, 1989 it changed to Myanmar Airways and finally following the international service from Burma to Myanmar it was called “Myanmar Airways International Airline” on the year 1993.

During the year 1993 they formed a joint venture between Myanmar airways and Singapore High sonic Enterprise but were eventually terminated and on the year 2001 a new joint venture was formed among Region Air Myanmar, Zan Co. And Myanmar airways international airlines and has continuously risen from that time.

After establishing this airline has continuously developing and has now become one of the prominent airlines in Myanmar. It has a designated Singapore Changi Airport and Suvarnabhumi Airport as its main focused cities. It crew provides an excellent service to the passenger making the journey comfortable and relaxed.

Myanmar airway international provide destination to many of country around the Asia they are China, India, Japan, Myanmar, Singapore, Thailand.

Myanmar Airway international is known for its efficient service towards their passenger. The environment is comfortable thus giving a good impression. The crew are professional and cooperative thus attending to all the needs of passenger diligently. They also provide food and beverages which can be brought on the spot through money.

Myanmar Airways International has strict restrictions relating baggage allowance and insists that person stay within the limit. Here is what they allow

Hand baggage Allowance – carrying one hand bag is permissible in any MAI flights for example passenger can carry a small travelling bag, brief case or a portable computer. Hand baggage should be within the dimension of 58 * 23*48 cm meaning the weight of the hand bag should not exceed 7 kg. There are other aircrafts that can be carried by passenger such as binocular, camera, raincoat, umbrella, a walking stick/ crutch, books and magazine any many of those small things. Baggage allowance is noted down on confirmation note of all the passengers. Generally, there are two type of baggage allowance; first, Piece concept and second, the weight concept but the Myanmar Airways follows only the weight concept.

Now, there are various apps and sites available in order to check the timing of departure and book the flight beforehand like Skyscanner which allows you to find cheapest flight available with Myanmar Airways International Airlines without even entering the specific dates and destination than there is also MAI which gives you the information relating departure flight and helping you book.

The classes that are available in Myanmar Airways International are:-

It comes under the best value and has the simple cabin. It is divided into two parts – one with a full meal service and one without.

This section offers an incomparable service to the passenger with diligent service. 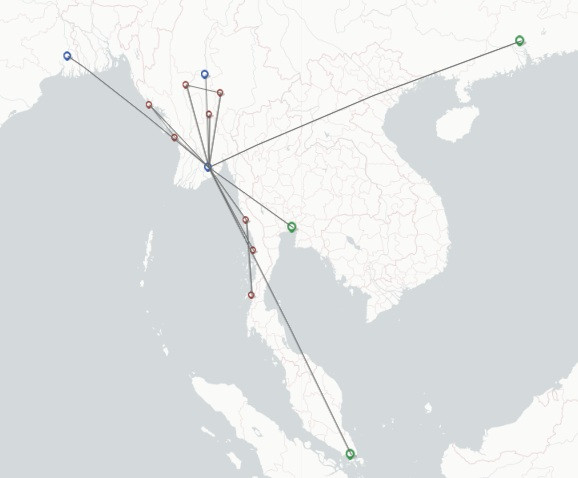