To enjoy the best deals and offers in air tickets and facilities you can visit the official site of the company at www.loongair.cn

Loong Air is a China-based airline company which started its operation from 29 December 2013. Earlier it used to carry cargo but from December 2013 onward the aircraft transport passengers. Headquarter is at Hangzhou Xiaoshan International Airport in Zhejiang.

The airline company was called CDI Cargo when it first commenced it's business in 2012. Its only aircraft then was Boeing 737-300F. Later in 2013, the airline got approval for starting domestic transport as well by the Civil Aviation Administration Of China. After purchasing 20 Airbus A320 the airline served its first domestic service from Hangzhou to Chongqing and Shenzhen. The company had to sign a memorandum with the Airbus for buying the 20 aircraft.

Founded in the year 2012 and Liu Yi (President) and Liu Qihong (Chinese Chairman) being two of the key members, the airline has got its operating base in Hangzhou Xiaoshan International Airport which is also its headquarter in the Xiaoshan District of Zhejiang, China. The fleet size as of July 2019 is counted to a 44 which covers 27 destinations in 6 countries. The aircraft which are in service are Airbus A320-200 (28 in number and have the capacity to carry 174 passengers in total), Airbus A320neo (13 in number and can carry 156 passengers) and Boeing 737-300F (3 in number and carries cargo). Recently the company has signed a memorandum of understanding with MoU for purchasing 11 Airbus A320ceo and 9 Airbus A320neo.

The most valuable aspect of Loong Airlines is that it carries both passenger and freight and got separate aircraft for the two purposes. The members of the cabin crew translate their language in English for foreign passengers to understand. The area is clean and tidy with Wi-Fi, TV, and movies for entertainment purposes. There is a legroom for every seat with timely customer service. The ratings shown on the website by people who have traveled are quite fair.

Extra snacks and refreshing liquids are provided quite timely to people who have booked Economy class tickets. Snacks include seaweed biscuits, chicken burger, etc and alcoholic beverages are provided to those who have pre-ordered in Business, and First Class.

Like every other airline company, there are certain limits and rules for carrying luggage in the cabin. The following are the limits of the baggage allowance of this airline:-

The booking system of the airline is completely in English which makes it easier for foreign passengers to book tickets both online and offline. There are customer service teams to help people with any doubts or queries. For those who like to win cashback and coupons can choose online mode of air ticket booking without facing many difficulties.

Every airline has these four classes with prices varying around to the comfort and services provided:-

If you are looking to make Loong Air reservations visit our website airlinesmap.com or can book with direct Loong Air official website http://www.loongair.cn/ You may call our toll free number 888-220-0490 or direct Loong Air number +86 571 8999 9999. Get more information about Loong Air Reservations and Flights Tickets to click below.

Visit Loong Air site for web check-in http://www.loongair.cn/ and navigate to manage to bookings. You may have the option of online Loong Air Web check-in and boarding pass if still, you are facing any problem please call +86 571 8999 9999.

It's very easy to claim Loong Air cancellation and Loong Air refund call direct phone number of +86 571 8999 9999 or visit official site http://www.loongair.cn/ manage bookings. You may have the option to refund or cancellation. 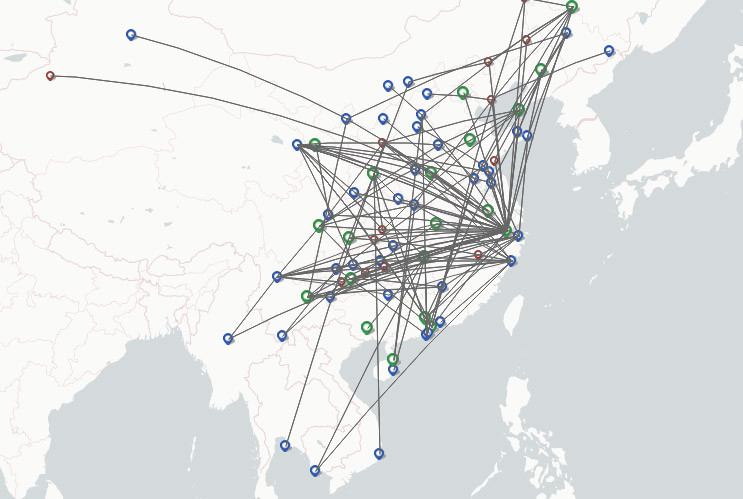