To avail more information on the airlines Jet Blue, we request you to visit their official website www.jetblue.com

Jet Blue is an American airline that offers its passengers air travel at low-cost. Jet Blue is not just low-cost airlines, it is also the sixth-largest airlines in the United States of America as per the number of passengers carried. The airlines Jet Blue has 402 financial rankings under the Fortune 500 list of largest revenue corporation in the United States of America. The headquarters of the airlines Jet Blue is in Long Island City neighbourhood in New York City.

The airlines was founded in August 1998. The operations of the airlines, Jet Blue commenced on February 11th 2000. The airlines Jet blue maintains its corporate offices in Cottonwood Heights, Utah, Orlando and Florida. The founding members had decided to call it ‘ Taxi' incorporating the brand with Yellow colour until the idea was dropped due to the negative association with the NewYork cabs.

The Jet Blue gives allowances for infant baggage that includes diaper bag, stroller, the car seat and other carry-on items.

Airlines also domestic animals allowances. The pets can be brought on the aircraft and be placed under the seat. The pet carrier dimensions limit are 17x12.5x8.5 inches and the weight should be under the limit of 20lbs. The charges for bringing a pet on board is $ 125, one way. The charges for excess baggage is $150 in case the baggage is more than 50lbs and the dimensions of 62 inches.

Food: Jet Blue serves complimentary snacks like Cheez-it Crackers, Rold Gold Pretzels,  PopCorners Popcorn chips, Belgian Boys Choc O' Chip Cookies and Terra sweets and blues potato chips. In case the passengers wish to purchase other snacks then, he or she can do so by purchasing the products from the menu.

The Jet Blue s request the passengers to visit their website to book tickets for both single and round trip. The website has better deals and miles program. The airlines also have an app for frequent flyers.

There are two main categories:

Visit JetBlue Airways site for web check-in http://www.jetblue.com/ and navigate to manage to bookings. You may have the option of online JetBlue Airways Web check-in and boarding pass if still, you are facing any problem please call +1 800 538 2583. 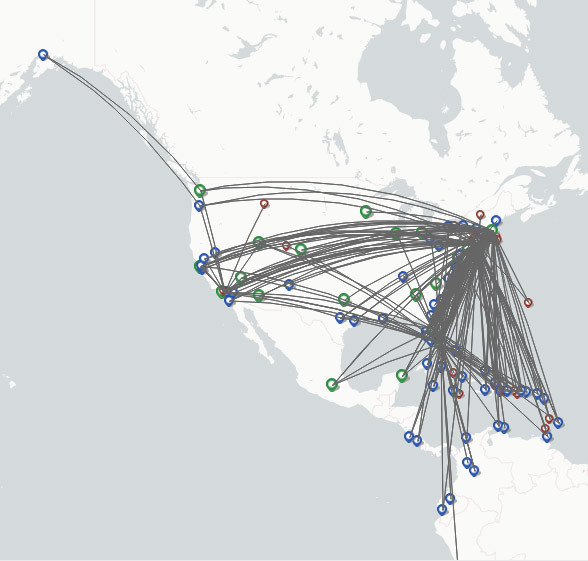