The Airlines ceased its operations on 17th April 2019 and the website is not available.

Jet Lite is a low-cost airline, a subsidiary of Jet Airways. The Jet Lite was under the wing of Air Sahara Group, until its merger with Jet Airways. On 17th April 2019, the aircraft of the Jet Lite were grounded and all its operations were seized due to the financial crises faced by the now parent Corporation Jet Airways.

On 20th September 1991, Jet Lite was established. The airlines commenced its operations on 3rd December 1993. The operations began with just two aircrafts Boeing 737-200. The airline was a part of Sahara Airlines that was a part of Sahara India Pariwar. The operations were initially concentrated on the Northern Parts of the country, India. On 2nd October 2000, the airlines rebranded its name to Air Sahara. On 22nd March 2004, Air Sahara (the official name of the airlines) began its operations on international routes.

The slogan of the Airlines is “ Emotionally Yours”. On 19th January 2006, the company was taken over by Jet Airways. The merger was offered at a whooping $500 million in cash to purchase the airline. This deal failed, due to mixed reaction in the market and further, the market analysts predicted that Jet Airways was paying a high price to take over the airlines. The Civil Aviation Minister of India intervened and gave a green signal for the deal. The deal of over and the new appointment of new chairman Naresh Goyal to the board of Air Sahara further complicated the process. This lead to damages on both sides and both the parties sued each other to claim damages. The second deal was constructed on 12th April 2007  and Jet Airways paid $14.50 billion to take over Air Sahara. This deal gave an advantage by increasing the market share in domestic operations to 32% for Jet Airways. The airlines Jet lite merger with Jet Airways also lead to merging of JetKonnect on 1st December 2014.

The main operations hub of the Jet Lite is Indira Gandhi International Airport, located at New Delhi, India. The Airlines has operated about flying over 22 destinations. The Airlines commenced its international operations from Chennai to Colombo. It further expanded its operations to London, Singapore, Maldives and Kathmandu. Jet Lite also had a plan of flying to Guangzhou from India, making the Jet Lite the first Indian Private airlines to commence operations to China. The airlines faced a financial crisis when the domestic market reduced to 8.5% in April 2006 and further reduced to 11% in January of 2007.

The Economy Class had a baggage allowance of 20kgs in check-in luggage. And 7kgs in hand luggage. The hand luggage could include a personal bag and a laptop bag that together weighed 7kgs.

Jet Lite offers food and beverages for free without any extra cost.

Jet Lite  Food: Airlines offers a free hot meal to all its customers irrespective of their class. In the case of the frequent flier, the menu would be huge with more choices.

Jet Lite  Beverages: The domestic airlines in India are prohibited to serve alcohol to its economy class customers, however, the beverages were available for free. Jet Lite served alcohol to all its Business Class members irrespective of their frequent flying program.

Airlines had no special meals.

To book the ticket of Jet Lite, the passengers are directed to visit the website of Jet Airways, since the Air Sahara merged with Jet Airways. You can also buy tickets from third party websites and booking agents. The website, however, is no longer available since the airlines closed its operations this year 2019. The company is under insolvency and the Civil Aviation Ministry has closed the operations of the airlines.

There two major categories of classes under Jet Lite

Economy Class: Minimum Baggage Allowances and basic meal were provided to the passengers. The flight experience also included the inflight entertainment system, a small LCD screen behind the seat of the passengers.

Business Class: This category included Silver, Gold and Platinum Program that provided many luxurious services to its passengers that included wifi facility, full bed and reclining seats with better legroom. Besides this, the class also had power support to recharge personal electronic devices.

If you are looking to make Jet Lite reservations visit our website airlinesmap.com or can book with direct Jet Lite official website http://www.jetairways.com/ You may call our toll free number 888-220-0490 or direct Jet Lite number +91 22 3989 333. Get more information about Jet Lite Reservations and Flights Tickets to click below.

Visit Jet Lite site for web check-in http://www.jetairways.com/ and navigate to manage to bookings. You may have the option of online Jet Lite Web check-in and boarding pass if still, you are facing any problem please call +91 22 3989 333.

It's very easy to claim Jet Lite cancellation and Jet Lite refund call direct phone number of +91 22 3989 333 or visit official site http://www.jetairways.com/ manage bookings. You may have the option to refund or cancellation. 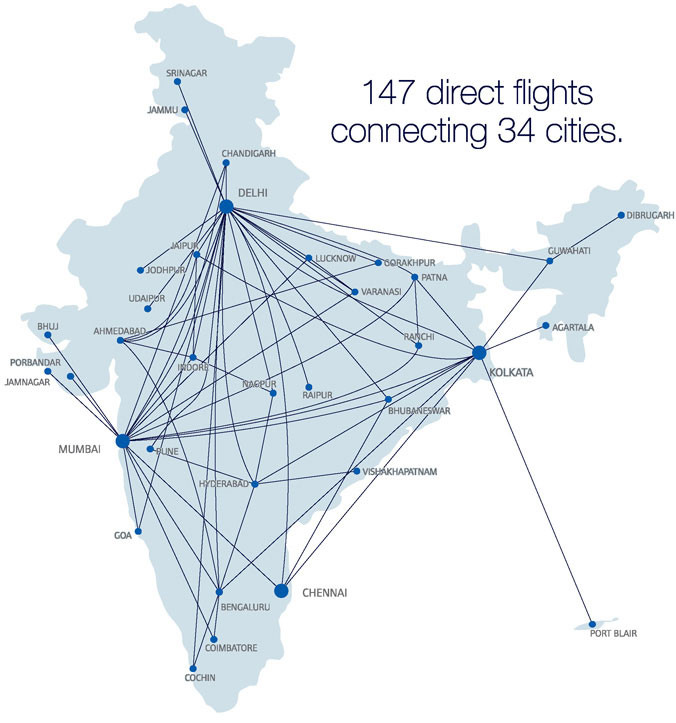