We recommend the passengers to visit the website www.jal.co and yes the website is available in English, to know more about Japan Airlines and also to book tickets.

" Fly Into Tomorrow" is the slogan of Japan Airlines and they do live up to the standard they promise on the website, the airlines are very well equipped with all the facilities necessary to ensure better and safe transport of the passengers. The Airlines has been operating since August 1, 1951. The Airlines operates both International and Domestic Routes. The headquarters of the airlines are in Shinagawa, Tokyo, Japan.

The company has a couple of slogans, " Fly into Tomorrow, Dream Skywards". The company has 8 controlling shareholders and a fleet size of 168. The Airlines also has many subsidiaries like J-Air, Japan Air Commuter, Japan Transocean Air, Hokkaido Air System and Ryukyu Air Commuter. Airlines employees over 12,127 people. The Chief Executive Officer is Yuji Akasaka and Yoshiharu Ueki is the Chairman.

The Airlines serves 54 International destinations in Asia, America, Europe, Middle East and Oceania and has about 126 Domestic routes. Airlines have a huge network of code sharing system with many airlines, thus increasing the size of its domestic route to 142 and the size of the international routes to 571. This also includes cargo aircraft flying for the corporation. The main subs of  Japan Airlines are Haneda and Narita in Tokyo and the secondary hubs are Kansai and Itami in Osaka.

Carry-On Baggage Allowance: 55x40x25 cm or 22x16x10 in dimensions of one piece and one small personal item. The maximum weight limit for two bags is 10kgs.

Carry-On Baggage Musical Instrument Allowance: Small Musical instruments under 115cm or 100cm in case aircraft with 100 seats. A large musical instrument can be carried onboard is the seat is purchased before and the passenger has paid a special fee.

First Class Passengers have a maximum limit of 45kgs and other classes of only 20kgs, any number of items of baggage. The limit of dimensions is 50x60x120cm.

Japan Airlines Food: The Airlines provide free meals for its passengers on its international routes.

Japan Airlines Special Meals: The Airlines advises passengers to order the meal 24hours before the flight departure to place the order. The list of special meals are as follows

Japan Airlines Booking: The Airlines advice the passengers to book their tickets from the official website and order their special meals before 72-90 hours.

Business Class: Someone who is travelling for work and needs wifi access for work among other benefits

First Class: The most luxurious experience, the airlines have to offer. 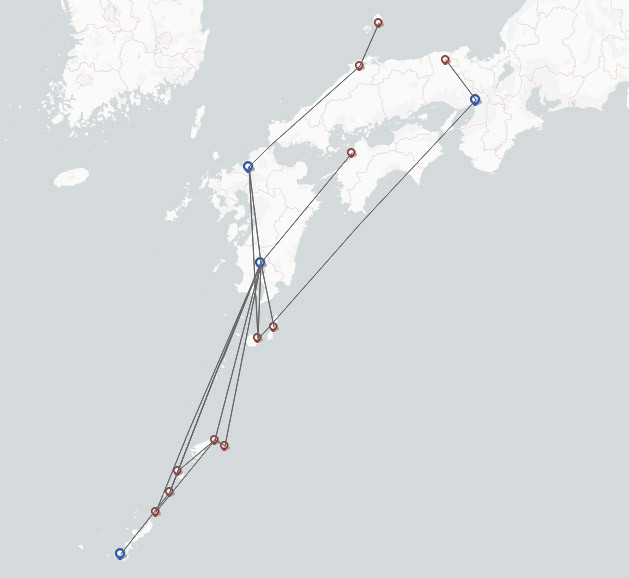