Israir Airlines Limited is the complete name of Israir. As the name suggests, the airlines belong to Israel. The headquarters of the Airlines is located in Tel Aviv. The airlines operate Domestic planes as well as International Charter Aircrafts to Asia and Europe. The slogan of the Airlines is " Why Pay More "?

The Airlines was founded as Knafei HaEmek (Valley Wings) in the year 1989 and later on the airline changed its name as Israir Airlines Limited in the year 1996. The Airlines began its operations as domestic airlines from Ben Gurion International Airport, Eilat Airport, Hadia Airport and Sde Dov Airport. In the year 1999, the Airlines began its International Operations, by flying Charter Aircrafts to Europe, Asia, Africa and North America. The Airlines has been through some accidents in June 2001, The aircraft landed heavily at Ben Gurion International Airport, no casualties reported. On 6th of July 2005, the aircraft of Isair Airlines took off accidentally on the runway and was about to collide with another aircraft. In May 2007, an aircraft of Israir Airlines was shot down by Israel Fighter Jets, when it entered into Demarcation Zone and failed to identify itself. In the same year on 23rd May, the aircraft of Israir made an emergency landing at Berlin-Schonefeld International Airport. No casualties reported. In July 2008, Israir aircraft was discovered with a hole in its frame, due to the crashing of the mobile staircase by the ground crew, this hole would have caused decompression. The aircraft was to fly from Tel Aviv to Italy.

The airlines fly charter services and VIP planes to the domestic and international destination at cheap rates. The passenger can pay extra for seat legroom. Airlines don't guarantee that the group bookings can't be that the group will be seated together.

The Domestic Flights has a limit of 5kgs and dimensions of 50x40x20 cm limit under dimensions for its hand luggage, and the passenger can only bring one piece of luggage. The check-in luggage limit is 15kgs and its free.

The international flights the hand luggage is size has 5 kgs for hand luggage and 8kgs in case the passenger is travelling Boeing. The check-in baggage allowances are 23kgs.

There special baggage provision strollers for free and also you can check-in musical instruments with prior reservation.

The Israr Airlines provides free snack and water for its domestic aircraft, however, there is no service for flights than have less than 2 hours flying time. International flights from 2-3hours, the airlines sell water, soft drinks and hot drinks. The destinations on international aircraft are more than 3 hours away, the passengers can purchase sandwiches, salads, water, soft drinks and hot drinks. All the meals available on Israir Flights are Kosher. You can also order Diabetic, Gluten-Free and Vegetarian Meals under special meals provision.

The passengers can book Israir Airlines from the official website. The website has many facilities like Organized trips, Last minute flights, Vacations packages, International flights and other overseas packages. The limit minute packages are available on the website. The airlines have major tie-ups with many hotels in Isreal and International Destinations as well, that provides major discounts to its passengers.

Premium Class: The budget version of the two-class, yet the class provides some of the amenities to passengers at best prices.

Economy Class: The passenger can have only one check-in luggage and carry a small bag as a hand language. Yet the airline promises the best experience to the passengers, who travel economy class.

Visit Israir Airlines site for web check-in http://www.israir.co.il/ and navigate to manage to bookings. You may have the option of online Israir Airlines Web check-in and boarding pass if still, you are facing any problem please call +972 3 5109 589. 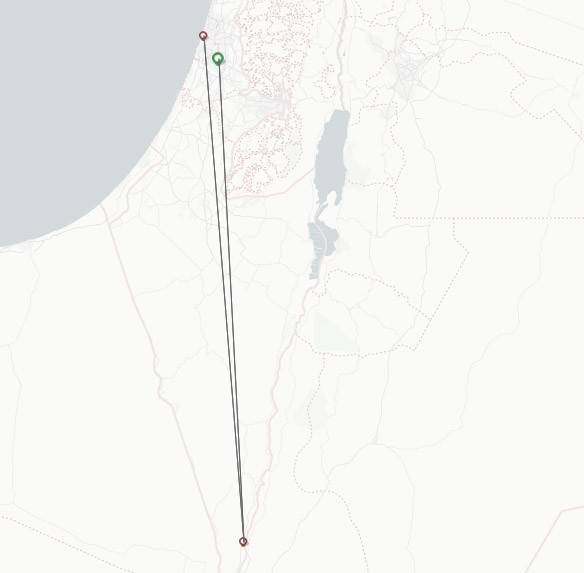