Hainan Airlines is a Chinese airline which has its headquarters situated at Haikou, People’s Republic of China. It is one of the largest air transport companies that is being run by civilians. When it comes to fleet size, it holds the fourth position amongst the airlines. In Asia, it is the tenth-largest airline when the number of passengers carried is taken into account. Hainan Airlines is being rated as a 5-star airline.

It operates a number of lounges that are self-owned and are also located at the airports that are located at its hub and four other cities which includes Beijing, Urumqi, etc. they have their official website where you will be able to know more about this particular airline. The website is as follows - ​https://www.hainanairlines.com/​. Their website provides great deals to its customers worldwide. It does operate in the US, GB, etc.

Established in the year 1989, it was known as Hainan province Airline, it was established in Hainan which is known as the largest special economic zone of China. It also became one of the first airlines in China to operate as a joint-stock air transport company. Its scheduled services began on 2nd May 1993. Hainan Government contributed first 250 million yuan and the rest was being financed by the corporate staff and other shareholders of the institution. Slowly it became the first Chinese carrier company who owned the shares in an airport, this was possible after it purchased a 25% stake of Haikou Meilan International Airport.

It was a small domestic carrier when it was first started, from there gradually it became an airline which is now famous all over the globe. It has its routes across the world. Considered as the fastest growing airlines in China, it always ensures to provide great hospitality services to its passengers seamlessly. Being operated for more than 26 years which equals to almost 7 million hours of safe flights. It has a short and simple tagline which is compatible with the type of industry it belongs to. It says “ Fly your Dreams, Hainan Airline”.

It is believed to operate in 7 bases across China, and also flies to a network across the

People’s Republic of China, which further connects Asia, Europe, North America and Oceania. Flying in approximately 90 cities it serves almost 500 airports. Serving International regular flights along with charter flights, it flies to 51 destinations in 28 countries.  Some of which are Beijing, Dalian, Guangzhou, Singapore, Bangkok and others. It started its flights to the UK in the summer of the year 2016. From then till the year 2018 it has also come up with a number of new destinations flying to and fro and is slowly growing its services all throughout.

It is given the title of Skytrax 5-star Airline, for 9 consecutive years. It has got the best amenities of business class and for which an award is also won by this airline. Each fleet is updated with the latest technology and the average age is of 5 years. They assure the best travel with acute safety, entertainment and comfort. They also have special cards for its regular members with the help of which they can avail special discounts, points are added with every purchase and they can be redeemed while making future purchases.

In the two classes available for the passengers, the airlines have different weight allowance for the classes. While travelling through the Business class it allows a maximum of two luggage that should not exceed the weight of 32 kgs. Passengers of the economy class can carry the maximum weight of 23 kgs and the number of luggage is restricted to 2. It allows the handbag of up to 10 kgs. This is the standard baggage weights mentioned, however, they may vary when opting for longer international flights.

It provides a mixture of Chinese and Western dishes which is prepared by the chefs. The food platter differs for different flights. The long-haul flights consist of meals and snacks along with a choice of beverages. Whereas, shorter flights tend to include just the main meal along with some beverages. Beverages include both alcoholic and non-alcoholic drinks.

Book comfortable 5-star flights from their official website. Through their website, you will get the advantages of various discounts available and they also have a card facility for the regular customer through which you can enjoy bonus points, gifts, redeemable points etc.

Two different classes are available for the ease of its passengers. These include -

Visit Hainan Airlines site for web check-in https://www.hainanairlines.com/ and navigate to manage to bookings. You may have the option of online Hainan Airlines Web check-in and boarding pass if still, you are facing any problem please call +86 898 6673 9961. 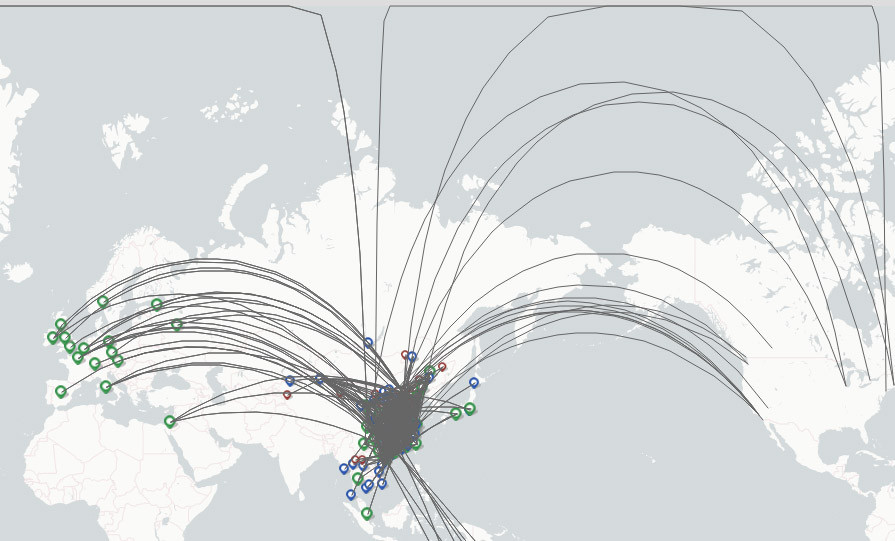