GX Airlines has its website http://www.gxairlines.com/. That provides the passenger with ample details and information to provide best in class services to the passengers.

The Airlines promises the customer " Whether you are looking to travel off the beaten track, a complex multi-city itinerary or simply a large range of arrival-departure times and prices, we can help find the flights best suit you. The joint venture between Tianjin Airlines and Guangxi Beibu Gulf Investment Group the GX Airlines was commenced their operations on 13 February 2015 with its first flight based from Guangxi.

The Airlines now owns 26 fleets, the model of the aircraft includes Airbus A320-200, AirBus A320neo and Embraer 190. The Airlines Chairman and President are Wu Chongyan. The Airlines is referred to as Beibu Gulf Aviation and the registered capital of the Airlines is 3 Billion RMB. The annual passenger of Airlines is close to 1.5 million. Airlines is the ‘China's Airhub" for economic and trade exchanges and cultural exchange in SouthEast Asia. Airlines want to expand its fleet size to 50 by 2020.

The GX Airlines/ Beibu Gulf Aviation operates from Nanning Wuxu International Airport, that's its main base and the sub-base stations of the airlines are at Haikou and Changsha. Airlines have a network of 60 domestic and international routes. The Airlines navigates around 58 cities. GX Airlines expanded its network by introducing flights to Hong Kong, Taiwan, Macau and other North-East/South-East Asian Countries. The Airlines has added to routes to Vietnam, Cambodia, Thailand under their leisure tour scheme. Airlines have big plans to expand by 2020 by increasing their destination routes. Airlines serve 3 countries, 57 destinations and 113 routes.

Beibu Gulf Aviation fleet has the scale with a capacity of 13 ERJ190 Planes and 3 A320 planes. The Airline offers Pointing Earning Standard that is segregated as per the class and seat selection. The airlines provide travel insurance for its passenger and the website also an online shopping website, where you can purchase many products for the points, you redeem under we point scheme. The Airlines provide VIP room for its passengers, which a paid service.

The free Baggage Allowance is classified as per Cabin Seating Arrangement

Sub-Cabin and D/I/J/E/W/Q/P/G/0 They are free baggage allowances as per the documentation.

The Airlines charges differently based on the weight of the bags and the kilometres you are travelling:

The weight classification of the Baggage includes

There is a price matrix available on the website alongside with digital perks,pre-booking and boarding facility at the Airport

GX Airlines Food: The Airlines has no free food facility, You can, however, order food online, the Airlines offers a wide-range range of food for both vegetarian and meat lovers. You can access the food menu via this link

GX Airlines Beverages: The Airlines doesn't offer complimentary drinks, and the website doesn't have any information on the Beverages. So you are requested to order your beverages along with the order of the meals. The review of the airlines, suggest that they have very limited beverages menu and you can purchase alcohol for a price.

GX Airlines Special Meals: Airlines has no special meals, so you will have to order what you want as per the food menu as per your requirement.

You can book tickets for the Airlines on their official website, however there many third party websites that book for the airlines. You can also pre-book hotels and car rental since Airlines has much partnership to provide a better holiday experience for its passengers.

There are two main classes of travel namely:

Visit GX Airlines site for web check-in http://www.gxairlines.com/ and navigate to manage to bookings. You may have the option of online GX Airlines Web check-in and boarding pass if still, you are facing any problem please call 0771-5573987.

It's very easy to claim GX Airlines cancellation and GX Airlines refund call direct phone number of 0771-5573987 or visit official site http://www.gxairlines.com/ manage bookings. You may have the option to refund or cancellation. 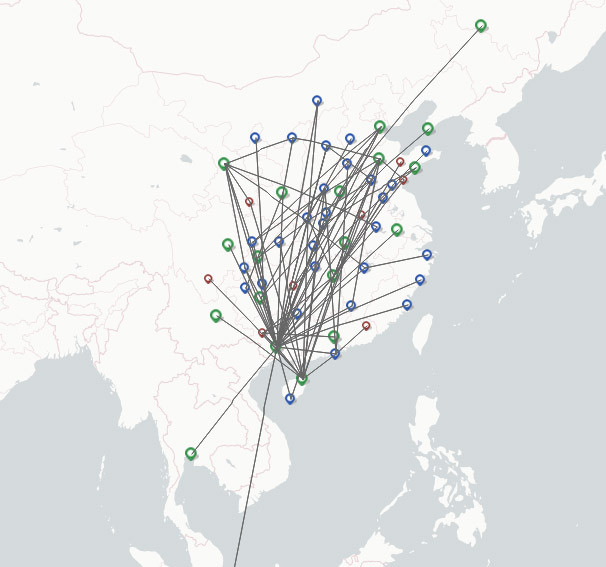