Flybe is a well-known English regional airline that is based at Exeter Airport in Devon County, although it is also currently operating from Manchester, Belfast, and Birmingham. It is probably the most important in its class today, thanks to its fleet of 87 aircraft and a great diversity of destinations throughout the United Kingdom, Ireland, and central and southern Europe.

Since 2013, the company has been struggling to stay afloat amid fierce competition from the best-known low-cost in England, Ryanair, and EasyJet, the rise in fuel prices, the well-known monetary deficit that all English businesses are experiencing with the exchange rate of the pound sterling and a more than uncertain future after Brexit. As a result of all these factors, Flybe has had to launch an important battery of measures to try to stop the economic hemorrhage, which seems to begin to bear fruit.

Founded in 1979 as Jersey European Airways, the airline flies to more than 100 destinations in approximately a dozen European countries. Also, it has codeshare agreements with Aer Lingus, Air France, British Airways, Cathay Pacific, Emirates, Etihad Airways, Finnair, KLM, and Jetairfly. Flybe's fleet consists of 72 aircraft that include 50 Bombardier Dash 8 Q400, eleven Embraer E-175, and nine Embraer E-195, plus two ATR 72-600 aircraft operated by SAS. It is an airline specialized in the realization of regional routes, during its long years of history it has been constantly improving until it became the company of these largest characteristics in Europe. The current company is the result of several cooperation and merger activities of other companies.

Flybe (BE), based in the United Kingdom, is a low-cost airline that boasts the distinction of being the most important regional air transport company in Europe.  The main airport where the Flybe airline operates is Exeter International Airport. It also has two secondary airports: Southampton Airport and Birmingham International Airport. For some years, it has shared aviation codes with Continental Airlines and ScotAirways and offers both domestic and international flights.

Curiously, one of the company's most popular destinations in Malaga. The journeys between this territory and Exeter or Southampton are especially economical. Other popular and highly requested routes by its customers are those that link different regions of the same country, such as flights from Paris to Nantes, in France, or flights from Hamburg to Munich, in Germany.

This company offers a pretty good hotel service, and it has a contract with many of the places where the visitor can stay in the main tourist destinations where it operates. Hotel reservation promotions are frequent and have the prestige and support of the airline itself. Likewise, the company allows you to manage the rental of cars by the company Budget or Avis from its website so that the passenger can book comfortably before the trip and simply pick up once they land at the destination. Finally, the airline user can also perform online aspects such as luggage check-in, check-in validation and consequent printing of the flight ticket or choose between different types of seats.

The food served on the plane is a courtesy to passengers offered on both short and long-haul flights. Flybe airline has a different menu according to the seat category and flight duration. While your flight is of greater cost and longer duration the meals you will receive on board will be more varied and in greater quantity. Low-cost airlines do not usually offer this service as a courtesy; however, some of them offer menus available for those who wish to pay additionally.

The meals of the plane are prepared to take into account the departure and arrival time. Depending on these factors, they may be served a light or full breakfast, snack, lunch, dinner or even a full dinner. Additional drinks can be ordered for the duration of the flight. In Flybe flights, they have dishes for more demanding palates such as vegetarian dishes, gluten-free, for children, for babies, etc. The option of a special meal can be chosen during the reservation of the ticket or at the start of the flight.

Are you looking for and capturing a cheap flight with FlyBe to escape a few days away from the worldly noise? Then let the internet go from top to bottom, many travel agencies are here to save your work and to instantly offer you numerous flights at infarct prices. Do you know what you have to do? It is very easy. Enter the name of your preferred destination and the dates you want to leave and choose among all the FlyBe offers the one that suits you best.

Flybe offers different types of classes such as

Visit Flybe Airlines site for web check-in http://www.flybe.com/ and navigate to manage to bookings. You may have the option of online Flybe Airlines Web check-in and boarding pass if still, you are facing any problem please call +44 2073 080 812.

It's very easy to claim Flybe Airlines cancellation and Flybe Airlines refund call direct phone number of +44 2073 080 812 or visit official site http://www.flybe.com/ manage bookings. You may have the option to refund or cancellation. 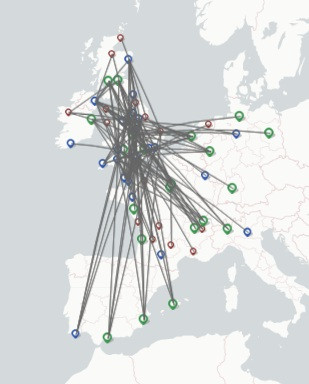