This airline is a flag carrier of Fiji, which provides international services from the hubs it owns in Fiji. With the help of its codeshare partners, the airline has an extended route of around 108 international destinations. It is through this airline most visitors fly into Fiji, the airline contributes to 64% of visitors flying in the country. It has an official website registered as www.fijiairways.com that contains all necessary information regarding its operations.

Established in the year 1947, its operations commenced in 1951. Since then it is into this industry serving several passengers daily. It has its hub located at Nadi International Airport. With a fleet of 12 aircraft, the airline serves around 23 destinations in total. It planned to replace its old aircraft with the latest Boeing 737 Max 8 and the delivery was expected in 2018. The aeroplanes are operated to provide regional services to Australia, New Zealand, Hawaii, Solomon Islands, etc.

In 1983 the company started airline to the US. In 2009 the airline also introduced Air Pacific services twice weekly to Hong Kong. Later these services were increased to three per week in the year 2014. It has come so far that today the company along with its subsidiary is known as Fiji Link operates more than 400 flights every week to many cities which has a total count as 15 cities in 10 countries across the world. Fiji Airways is also planning to lease 2 Airbus A350-900 to expand their fleet and the new aircraft will be used to operate flights to Australia, New Zealand, United States of America, etc.

In 2012 the airline officially announced rebranding its company again to Fiji Airways. It also decided to have a new brand mark for itself and they were fully revealed later on. The new brand identity of the company was disclosed by the CEO and Prime Minister of Fini at a red carpet, black-tie Event in the year 2012. The airline is committed to providing great quality services to its passengers since they carry mostly the visitors who come from different parts of the world to Fiji. It is a very popular airline amongst the tourists of Fiji.

Its main hub is the Nadi International Airport and a secondary hub is also owned which is the Nausori International Airport. With its headquarters situated in Nadi, it operates maximum flights from there itself. The company serves almost 23 destinations directly under its own name. It mainly focuses on the Pacific Ocean Region. However, along with its codeshare partners the company serves over 100 destinations and they are not served directly. Some of its destinations include Australia, China, Canada, Fiji, Japan, etc. Many cities are served in these countries.

The company has a subsidiary which operates differently from its parent company. The airline alone serves 23 destinations but with its different codeshare companies, they operate flights to various other destinations as well. Being the flag carrier of Fiji it aims at providing good services to its passengers and customer satisfaction as its first priority. The airline is famous among the visitors who come to Fiji from different parts of the world in order to explore the place. More than half of the visitors land in the country through the flight of this company.

The ticket fare charged by this airline includes the food and beverages charges that will be served in-flight to its guests. There are no extra charges available for the in-flight meals. The company has a great chef who prepares hot meals for business-class passengers. Fiji rum, mocktails and cocktails are also served to them. Economy class passengers are served two meals on flights that cover a long distance, whereas, shorter route flight passengers enjoy one meal and a snack.

Booking tickets on flights operated by this airline can be done from their official website. Journey date, point of destination and timings are to be fed as necessary information and you will have to select the most suitable flight from the list that appears based on the provided information. They also provide the facility of modifications or easy cancellations to its passengers.

-       Business-Class - Special meal menu available along with a selection of drinks and cocktails available. Spacious seats with comfortable legroom space.

-       Economy class - meals are served depending on the time taken by the flight to reach its destination. Seats are comfortable with decent space available in between.

Visit Fiji Airways site for web check-in https://www.fijiairways.com/en-us/ and navigate to manage to bookings. You may have the option of online Fiji Airways Web check-in and boarding pass if still, you are facing any problem please call +679 6 720 888.

It's very easy to claim Fiji Airways cancellation and Fiji Airways refund call direct phone number of +679 6 720 888 or visit official site https://www.fijiairways.com/en-us/ manage bookings. You may have the option to refund or cancellation. 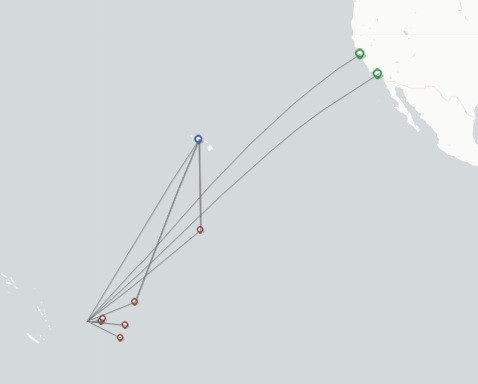