For details in the flight ticket and discounts visit the website www.eastaerjet.com.

The Easter Jet is a low-cost Korean Airline founded in 2007. Its headquarter is in Banghwa-dong, Gangseo-gu Seoul in South Korea. Its network and air route cover fourteen destinations in eight countries with the main base being Gimpo International Airport with a hub at Jeju International Airport. It carried over three million domestic passengers and 2.9 million international passengers in 2018. The current fleet consists of aircraft Boeing 737-800, Boeing 737-900ER, Boeing 737 MAX 8 which are 18, 2, 2 in number respectively with each carrying almost 190 passengers. Currently, the airline operates on five domestic and twenty-seven international routes because of its smart decision to have a cooperative network with China. It plans to have an IPO by 2019 based on its continued growth and aim to become the best LCC in the Northeast of Asia.

The Eastar Jet Airways was established on October 26, 2007, with the acquisition of its air operator’s certificate on August 6. It served its first maiden flight on 7th on January 2009 from Seoul to Jeju using Boeing 737. The airline started commencing operations on its second route- Cheongju Jeju- on the 12th of June,2009. Exactly half a year after it that is on December 24, 2009, the company launched its very first international flight between Incheon to Kuching in Malaysia. Within two years (by January 6, 2010), the company was successful in achieving the line mark of carrying one million passengers. It also joined the alliance team of U-FLY on July 27, 2016, and is now its fifth member.

Founded in 2007 with a key person being president Jong-Koo Choi. It has 22 fleets at present and focuses on the cities near Jeju International Airport. The slogan of the company is ‘Exciting flying’ and Eastar Jet Group is known to be the parent company of the airline. It added Vladivostok service in June 2018 and Puerto Princesa service from late October 2018. It also expanded the Vietnam network in February 2019. It achieved a milestone when Boeing 737 MAX 8 arrived.

Baggage which is purchased in advance will be availed at a discount until 24 hours before the flight. Other services include basic checked baggage, carry-on baggage, special baggage, packing products, loss/delay/damage recovery of baggage, etc. There are various fares for each type of service. Passengers may go to the gateway and ask for the handling of baggage before boarding the flight. Prohibited items include flammable liquids, oxygen can, butane, explosive substances, bags with alarm devices and any other item which may cause harm to other passengers.

The various food items provided by the airline to its passengers include kimchi Fried Rice, Cold Delicacy, Chicken Nugget, and fried rice, Fish Fillet, etc. The passengers need to pre-order the eastar delicacies if they buy tickets from online or through the reservation centre. However complimentary meals are given to premium class passengers and not economy class.

The details of bookings like a round trip, one-way, multicity along with departure and arrival timings, return dates, etc are available on the official website of Eastar jet (www.eastaerjet.com). Passengers can easily get varied offers and discounts on their bookings both online and offline.

If you are looking to make Eastar Jet reservations visit our website airlinesmap.com or can book with direct Eastar Jet official website http://www.eastarjet.com/ You may call our toll free number 888-220-0490 or direct Eastar Jet number +82 2 1544 0080. Get more information about Eastar Jet Reservations and Flights Tickets to click below.

Visit Eastar Jet site for web check-in http://www.eastarjet.com/ and navigate to manage to bookings. You may have the option of online Eastar Jet Web check-in and boarding pass if still, you are facing any problem please call +82 2 1544 0080.

It's very easy to claim Eastar Jet cancellation and Eastar Jet refund call direct phone number of +82 2 1544 0080 or visit official site http://www.eastarjet.com/ manage bookings. You may have the option to refund or cancellation. 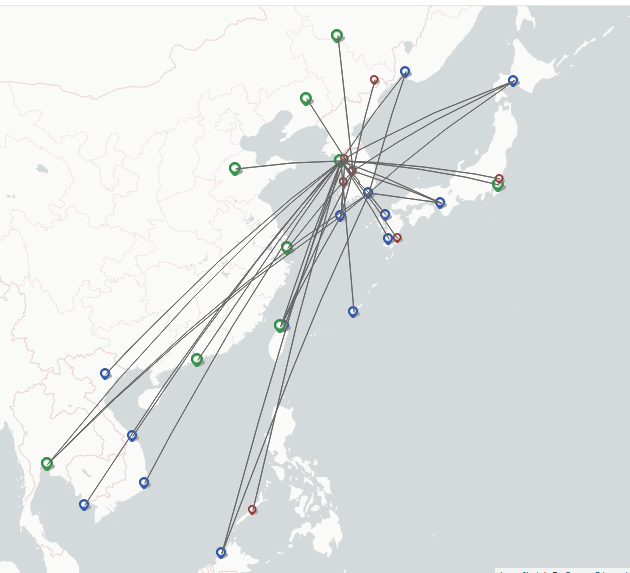