For the best offers on flight booking and tickets visit the official page www.china-airlines.com which is also only the authentic page. You will get all the necessary information and details on the website. The website keeps on adding new stuff and discounts.

China Airlines is the national carrier of Taiwan in the Republic of China and is one of the two major airlines of the country. The company has its headquarters at Taiwan Taoyuan International Airport. The airlines have three other subsidiaries, the China airlines cargo which operates a fleet of freighter aircrafts and manages the company’s cargo hold capacity, Mandarin airlines which operates domestic and low demand regional destination flights and the Tigerair Taiwan which is a low cost carrier which was established by China airlines and Singapore but now is under the control of China Airlines Group.

China Airlines first established on 16th December 1959 with a fleet of two PHY Amphibians with the shares completely owned by the Taiwan government. In 1966, China Airlines was able to establish its first scheduled routes. In October 1962 the airlines launched a flight from Taipei to Hualien which was the company’s first domestic service. Later with the introduction of new aircrafts international flights to South Vietnam, Hong Kong, Japan, countries in Southeast Asia, Northeast Asia and North America were started. In 1978 Japan allowed the airlines to return to the Tokyo International Airport.

With a gigantic fleet size of 87 aircraft and with the slogan ‘Journey with a caring smile' the China Airlines operate over 1400 flights weekly including 91 cargo flights flying over 102 cities across Asia, Europe, North American, Oceania. The airline carries over 19 million passengers and 5700 tons of cargo. According to the census in 2017, the airline was the 33rd and the 10th largest airline in the world in terms of passenger flight revenue per km and revenue earned from cargo transportation.

China Airlines currently manages and operates 1400 flights weekly including the cargo flights to 118 airports in 115 cities across the globe. The country of Japan is the most important market of the airlines with over 180 flights that travel weekly from multiple points in Taiwan to 14 different Japanese destinations. China Airlines codeshares with some of the most popular airlines thereby transporting passengers and cargo to a different corner of the world.

Like most of the other Airlines, China Airlines has some specific Baggage rules which the passenger have to obey.

For the extra luggage that you are carrying, you will have to pay in an extra amount at the time of boarding.

China Airlines food: No complementary food is available to the economy and premium economy customers. They can get the food from the onboard menu by paying in then and there.

China Airlines Beverage: No complimentary drink is provided, the passenger can bind from the bar.

China Airlines Special food order: Order for special meals has to be made at least 24 hours before the flight departure.

You can book the flight tickets from the official website or you can visit any other booking website.

Usually, there are three types of classes:

Visit China Airlines site for web check-in http://www.china-airlines.com/ and navigate to manage to bookings. You may have the option of online China Airlines Web check-in and boarding pass if still, you are facing any problem please call +886 3 339 8888.

It's very easy to claim China Airlines cancellation and China Airlines refund call direct phone number of +886 3 339 8888 or visit official site http://www.china-airlines.com/ manage bookings. You may have the option to refund or cancellation. 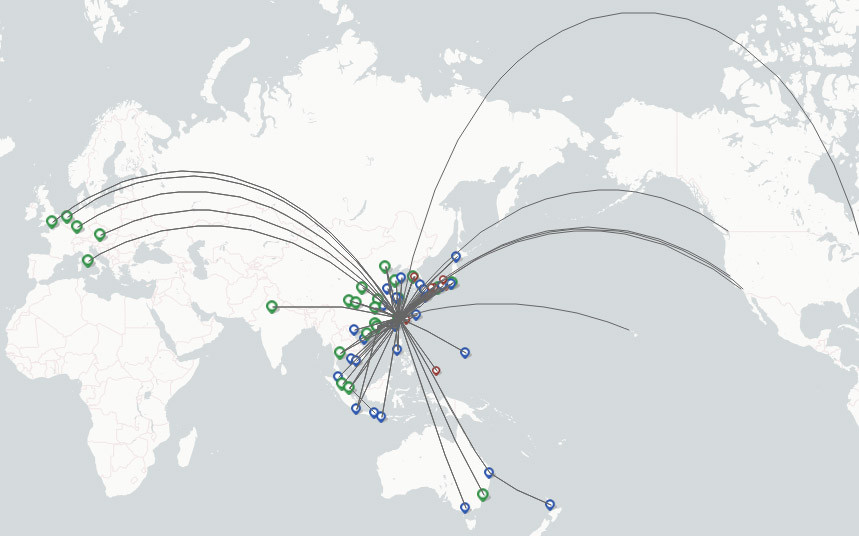