The maintenance base of Braathens Regional is at Angelholm Helsingborg Airport and Umea Airport. The airline carries a total of about 2.2 million passengers yearly, in the domestic routes only and never leaves any of its passengers dissatisfied. It is one of the largest domestic Swedish airlines and provides the most cost-efficient services to its passengers. The airline also provides its aircraft on lease for both long and short term. The company aims for providing air transport services in which the emission of harmful gasses like CO2 is reduced and will start using fossil fuels for all its flight operations.

Gothenburg, Halmstad, Jonkoping, Kalmar, Mora, Malmo, Kristianstad, Norrkoping, Ostersund, Ronneby, Stockholm, Trollhattan, Umea, Visby, Vaxjo. The main headquarter is in Stockholm, Sweden and the main hub is in Stockholm-Bromma Airport. The total fleet size of the airline is 29 with which it covers all its destinations which are about 20 in no. The airline flies domestic as well as international.

The flight tickets for Braathens Regional Airways can be easily booked online. Passengers can easily book their flight tickets through the website which even enables the passengers to get discounts. Special requests for a particular food preference or extra baggage allowance can also be placed at the time of booking tickets itself. 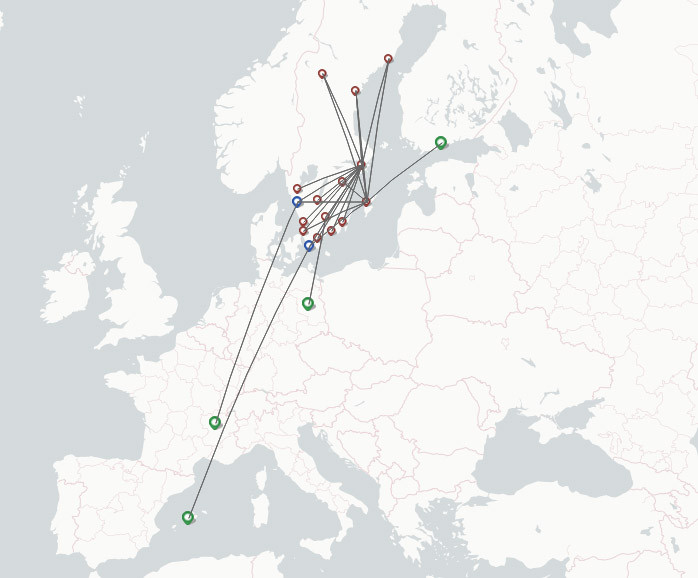