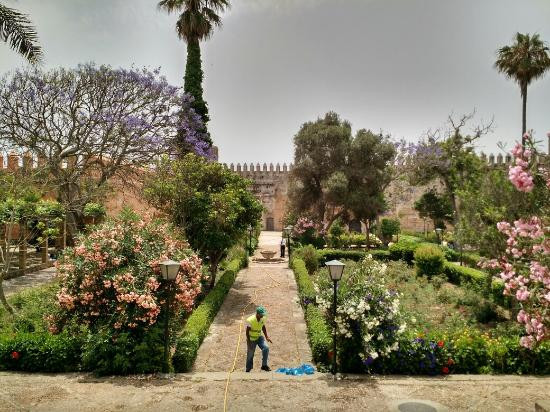 Andalusian Gardens built in the French colonial period one amazing attraction given by French Empires. Garden's decorated by citrus trees, bougainvillea and Lofty palms make city beautiful and shady retreat. These gardens attract travelers to mind all the time.

Mosque of the Kasbah 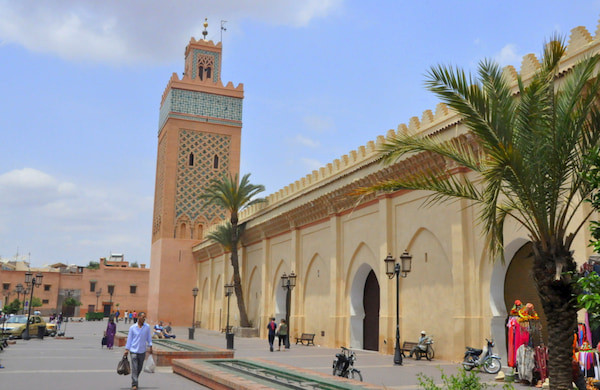 Gate of the Kasbah

Almohad caliph Ya'qub al-Mansur built Gate of the Kasbah (Bab Oudaia) in an era of 1195 and 1199. The Gate of the Kasbah is the most beautiful work of Almohad and Moroccan architecture represents the work of Kasbah Des Oudaias city. Gate of the Kasbah has both the richest decorated structure of an outer faced and an inner face. The big gate of Bab Oudaia Mosque is largely ceremonial and had defensive value.

The busiest parts of Kasbah des Oudaia are the beaches, where you can sit and watch the ocean waves as they come in and hit the Kasbah walls for hours. Hundreds of people from outside of Morocco come to Kasbah des Oudaia because of its shoreline and its picturesque views. You will notice that there is quite a bit of repair work being done on the old buildings and houses near the beach.

It may only be 20 miles from Europe, but Morocco feels a world apart. Its attractions are manifold: ancient cities, mighty mountains, dune-rolling deserts and warm, welcoming people. Marrakech is preserved by an identity of labyrinthine medinas, bustling souks, ornate mosques, hookah bars, and the all-singing-all-dancing Djemaa El Fna square. The latter has been something of a live street theatre for the best part of a millenia – today you can find musicians, acrobats, storytellers, snake charmers and slapstick comedians entertaining the crowds.

Kasbah des Oudaias is only 20 to 25 miles from Europe. Its historical city covered by mountains and beaches you can easily find cheap and budget hotels in Kasbah des Oudaias.
Let's have a quick view of Rabat Hotels. List of some hotels given below.

Airlines Map allows you to find the best flights to Rabat, Morocco ( Air France, Turkish Airlines, Royal Air Maroc). You can get round the clock flights to Morocco.

A list of airlines fly from and fly to Morocco.