If you’re looking to travel via aircraft using an American airline, then you must visit www.americanairlines.com which is the main site for this airlines. You will find the best of offers and discounts of flight tickets here.

The largest American airline is American Airlines Incorporated. It is a major American airline that has headquarters in Fort Worth, Texas which in turn is within the Dallas Fort Worth metroplex. It is called the largest American airline for a reason. If measured by revenue, fleet size, scheduled passengers and a number of destinations served, it ranks the highest. American Airlines also has regional partners. Both of them together control an amazing and extensive international and domestic flight service with close to 6700 flights per day which covers about 350 destinations in more than 50 countries. American Airlines has also established an airline alliance called the OneWorld alliance, which is the third-largest airline alliance in the entire world. The Regional Service of the American Airlines is handled by the independent and subsidiary carriers which work under the brand name of American Eagle.

American Airlines was first established on the 15th of April 1926, 93 years ago, in Chicago, Illinois of the United States. The American Airline was finally put into work in 1930 through the help of a union of more than eighty small airlines.

American Airlines was started with the help of two different organizations. They were Robertson Aircraft Corporation and Colonial Air Transport. The Robertson Aircraft Corporation was first established in Missouri in 1921. These two were then merged again into a holding company in 1929 known as the Aviation Corporation. This again was rebranded as American Airways in 1929. In 1934, when new laws were put into place, many airlines were forced to reorganize. The American Airlines initiated the passenger service on the 26th of June, 1936, with concurrent flights from Newark, New Jersey and Chicago, Illinois.

American Airlines merged with the US Airways in 2011 but it still kept the name for its goodwill. The combination of these two very large airlines resulted in the establishment of the largest airlines in the United States, which then became the world's.

American declared an order 460 narrow body jets including 260 Airbus A320s on the 20th of July, 2011. Then again on 6th April 2018, the American Airlines ordered another 47 Boeing 787. As of 13th January 2019, American Airlines has a fleet of 956 aircraft which makes it the largest commercial fleet in the entire world. The two-thirds of the American Airlines’ aircraft are narrowbodies which include mainly Airbus A320 series and Boeing 737-800s. It also has Boeing 757s, Embraer 190s, and McDonell Douglas MD-82/83s. These aircraft are again supposed to be replaced by the Boeing 737 Max 8s.

They are very dedicated and always aim to provide a positive travel experience for all their customers or passengers.

American Airlines Baggage Allowance is different for all of it’s classes.

For checked in luggage:

For carry in luggage: It is the same for economy and business. One carry in and one personal item is allowed.

This airline offers free cookies and pretzels in economy classes on all domestic flights over 250 miles and also free meals on selected longer domestic flights. Complimentary meals are also offered on flights that go cross country or cross continent.

American Airlines Food: Some flights offers complimentary food but is depends of the type of seating and flight.

American Airlines Beverage: The business, first and premium class get free drinks whereas the economy class has to buy from the bar.

American Airlines Special order: You can also order special item but you will have to relay the information to the authorities 48hours before departure.

American Airlines has both online and tickets counters for you to choose from. You can either book your tickets online and then print out before boarding the place. Or you can go to a ticket counter and buy your desired ticket at any time suitable.

American Airlines provides a wide range of cabins according to your comfort. They include:

This is American Airlines’ international first-class product. These cabins can be only found on the Boeing 777-300ERs among the fleet.

The American Airlines has given 17 Airbus A321s from its fleet for the particular use of flying transcontinental routes. These aircraft have two premium cabins - Flagship First and Flagship Business – which is very unique in domestic mainline aircraft.

On all domestic mainline aircraft, First Class is provided along with regional aircraft with more than 50 seats in it. These aircraft are used on flights to international airport destinations including Canada, Mexico, Central America, etc.

Premium Economy cabins were first declared on 9th December 2015 for most long-haul long body aircraft. These cabins first made in an appearance on the Boeing 787-9s in late 2016 and also available on other Boeing flights and Airbuses. 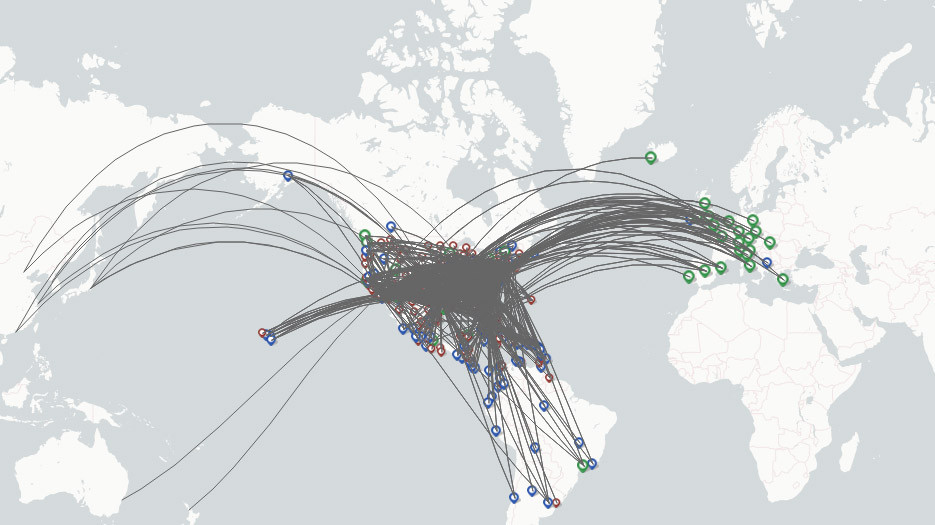 1. Can I make changes related to flight in American Airlines?

Yes. This can be done, and pre-paid bags will be moved to the new trip. If your purchase or upgrade includes free checked baggage, then the fees will not be refundable.

2. If I cancel my travel within 24 hours, can I get refund in American Airlines?

Yes. The details on the photo identity should be matching with the ones mentioned on the tickets. In case of mismatch the airlines will not allow the passengers to board the flight. You need to talk to the airlines management for any changes to be made here.

4. What is required to enter the airport terminal and check-in at the counter in American Airlines?

At the entry gate there is a need to show the tickets and the passport and visa in case of an international American Airlines flight. The baggage will be checked inside, and tags will be attached to the same.

5. What is allowed in cabin baggage American Airlines?

As far as the domestic American Airlines flights are concerned, the passengers can carry up to 23 Kg per person for free and anything more than that will be charged etc. In cabin the passengers can take one small handbag, laptop bag etc.

6. Can we carry food and alcohol is allowed in American Airlines?

Yes. The passengers can carry their own food, but the food must be manageable and not very sticky there. Alcohol is not allowed to consume on board.

7. How can I pre book extra baggage and its charges American Airlines?

The extra baggage can be pre booked online and the payment can also be made online. If not in advance, then the charges can also be paid at the time of your arrival at the airport.

8. How can I get discounted coupons American Airlines?

The American airlines will declare some seasonal discounts, but they will be valid only up to a certain period. They can  be used subject to availability. The detailed information about the same can be obtained from the website only American airlines.

9. Does American Airlines have WIFI?

There will be WIFI facility provided on selected domestic flights. You can check  your mails or surf through net. You can also see some videos on board.

10. Does American Airlines provide food? veg /non veg. And can I carry my own snack onboard to eat?

There is fresh food served while on board and the passengers can also bring their ow food. The food need not be very smelly or sticky and liquid things are not allowed to carry.

11. How I can make reservation with direct American Airlines?

12. How can do date change in American Airlines flight?

13. What is direct phone number of American Airlines customer care?

The American Airlines tollfree number 1-800-433-7300 is the direct number of the customer care and you need to contact on this number n case of any queries of the bookings too.

Ticketing and other fees

Not all international calls are toll free. Rates for calls from a cell phone may be higher than calls from a landline. In some locations, a General Sales Agent (GSA) may handle marketing, ticketing, sales and reservations on behalf of American Airlines.

The American airlines offer many good services while you are in the flight. You can have good entertainment , good food and good beverages too.

15. Will American Airlines have air conditioned buses to take people to the aircraft?

Yes, this facility is made available to all the passengers and it will be easy for them to reach to the aircraft. All the buses are comfortable and spacious. There I air condition so that the passengers can be more relaxed.

16. Can I interline my American Airlines flight with other domestic and/or international airlines?

No. the American Airlines does not offer any such facility.

17. How to book tickets for American Airlines?

You can either book the tickets through an authorised agent or you can also book them online all by yourselves. You need to go to the official portal and then get the tickets booked. You need to take a print out of the tickets that can be produced at the airport. You need to check the fares at the time of booking of your flight tickets. The fares always keep changing and hence you need to see the current fares only.