Air Malta is the national air carrier of Malta, and is famous for being one of the largest airlines in the country. With a fleet of more than 10 aircraft, Air Malta (stylized as ‘airmalta’), is definitely the most preferred airline in the country, as it has provided its services to quite a lot of famous people. With a level of service that completely trumps that of other airlines, Air Malta assures its passengers a smooth journey with the best comforts that can be provided. You can book airline tickets for Air Malta flights from any standard ticket booking portal, with one of the most preferable options being booking flights directly from their website,     airmalta.com. A large airline, they operate international flights to a lot of destinations, along with a large and thorough network of flights all over Malta.

Air Malta is the national airline of Malta, and as such is one of the most recognized airlines in the country, being well known throughout the country to provide a thorough level of service that has become famous and well known for its efficiency. Combining a well received blend of Efficiency, Politeness and Courtesy, Air Malta makes sure that you have the best flight experience possible. They have three different types of Airbus Models in their fleet- large, spacious aircraft to make ensure adequate and to make sure that passengers don’t feel cramped.

After the second World War, many small airlines were formed in Malta, with two of them, The Malta Instone Airline and BAS (Malta) Ltd. later combining to form Air Malta Ltd. In 1951, the company was absorbed by Malta Airlines. Years later, Pakistan International Airlines helped set up Air Malta Co. Ltd., established on 31st March, 1973. The airlines started services with two Boeing 720Bs that were wet leased, later going on to buy them both, along with three others. The airline ordered its first Airbus A320 in 1987, along with 4 Avro RJ70s. However, after the turn of the century, the airline decided to switch over all aircraft in use to Airbus A319s and A320s, with the last change to the fleet being done in 2007. In an exciting turn of events, the airline announced in March 2019 that it had made a profit of 1.2 million, the first profit to have been made by the airline in 18 years. The airline is currently being restructured to ensure a successful future.

Air Malta makes sure to comply with the International standards, guidelines and requirements, as they must be able to in order to qualify themselves as a successful and safe airline. With a total of 10 aircraft in its fleet, the airline services destinations all over Malta and neighboring countries, along with extending destinations to many countries in the European Union, Asia and others, along with  other, more exotic destinations like North Africa.

Air Malta, the national carrier of Malta is known to be one of the very best airlines located in the country, as they have provided their services to thousands of different passengers and many minor celebrities. With nothing but glowing reviews given by most of the passengers, Air Malta remains a quite well liked airline. Offering destinations to more than 20 destinations spread throughout Malta, The European Union, The Middle East, North Africa and others, the airlines operates out of Malta with its hub at Malta International Airport.

Air Malta specializes in offering its passengers and flyers with a level of service rarely offered by most other airlines. With a friendly and professional staff able to provide their passengers with a high level of service and efficiency, Air Malta can make sure that you have the smoothest flight experience, with a friendly staff to help you out when you need something.

Economy class passengers are requested to keep their luggage under a weight of 22 kgs, with the limit being increased to 30 kgs for the higher up Business Class ticket. Any and all extra baggage is charged heavily to make sure customers never forget their bags again. An additional requirement is that the carry on luggage must be small enough to fit in the overhead compartment.

Tickets for the different Air Malta classes can be booked from a number of online and web portals, with their own website being the very best choice for this, as this allows you to see the best deals they have to, along with getting discounts on your flights.

2. Business Class – Business class has better services in comparison to the economy class

If you are looking to make Air Malta reservations visit our website airlinesmap.com or can book with direct Air Malta official website http://www.airmalta.com/ You may call our toll free number 888-220-0490 or direct Air Malta number +356 21 66 22 11. Get more information about Air Malta Reservations and Flights Tickets to click below.

Visit Air Malta site for web check-in http://www.airmalta.com/ and navigate to manage to bookings. You may have the option of online Air Malta Web check-in and boarding pass if still, you are facing any problem please call +356 21 66 22 11.

It's very easy to claim Air Malta cancellation and Air Malta refund call direct phone number of +356 21 66 22 11 or visit official site http://www.airmalta.com/ manage bookings. You may have the option to refund or cancellation. 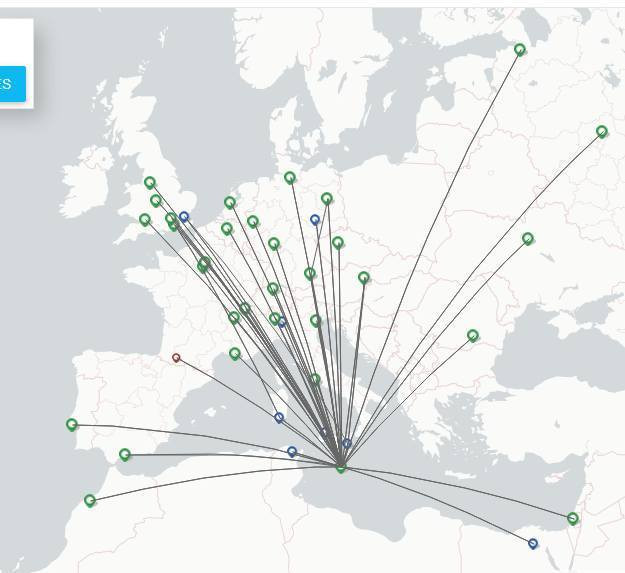