Air Astana, is the national airline and flag carrier of the Republic of Kazakhstan, and is thus one of the most famous airlines based in the country. Being based in Almaty, with its hub at Almaty International Airport, this airline has a fleet size of 34, making it a quite big airline when compared to the other ones based in Kazakhstan. You can check out all of the different deals and sales offered by the airline on their official web portal, www.AirAstana.com, along with being able to book tickets and find out more information about the airline on their website.

Air Astana is famous in Kazakhstan as one of the very best airlines in the country, as it has been providing flawless services for 18 years to the country, and has some of the most comfortable, quick and enjoyable flights. With hubs at Almaty International Airport and Nursultan Nazarbayev International Airport, Air Astana was incorporated all the way back in October 2001, and since then has started regular flights to more than 64 destinations, and has the slogan ‘From the Heart of Eurasia’.

Air Astana is one of the most remarkable Air Carriers in recent years, as this airline performed better than just about any other start up airline. Originally a domestic airline facilitating flights to different parts of Kazakhstan, it leased its first 3 Boeing 737s from International Lease Finance Corporation, commencing operations on 15th May, 2002. Under the leadership of Peter Foster, the airline became even more successful than before, becoming one of the most remarkable airlines in terms of earnings, and was the only Kazakh airline allowed to provide passage to the European Union until December 2016.

Air Astana is one of the most important Kazakh airlines, as it has remained one of the highest earning airlines in Kazakhstan for quite a long time. It operates domestic, international and scheduled flight services to a lot of destinations all over the world, and is a joint venture between Kazakhstan’s Samruk-Kazyna and BAE Systems PLC. Flying 64 different routes regularly, the airline has seen long haul growth towards Southern and Eastern Asia, eventually starting flights to Seoul as well.

Air Astana services 64 different destinations all over the world, providing flights to different parts of Asia, the Middle East, destinations and cities throughout Europe, and also has flights to far destinations like Seoul, Korea and Beijing and Kuala Lumpur in Asia. It has codeshare agreements with a lot of airlines, with some of the most prominent being:

Air Astana focuses on providing a not only acceptable, but quite likeable overall flight package, as they have comfortable seating, plenty of emergency procedures and provisions, friendly staff and crew meant to make the audience feel at ease, and generally smooth and comfortable flights that make sure their passengers hire them again!

Economy class, being allowed only a single piece of carry-able baggage, has a weight limit of 10 kilograms, while Business class, one piece of carry-able luggage also, is allowed up to 14 kilograms. The size of the luggage must be less than 55cm*35cm*25cm. The airline poses heavy fees on anybody who doesn’t abide by these, charging them high fines.

Air Astana gives you the option to be able to buy as many meals as you want with cash, on the aeroplane itself

Air Astana Food- You are presented with a menu, where you can choose and buy as many dishes as you want.

Air Astana Beverages- There are no complimentary beverages, meaning you must buy your own drinks and beverages from the staff.

Every single ticket booking portal, such as travel agents, can help you find Air Astana tickets, as they are quite wanted because of the level of service and their affordability. If you want more information about the airline, or want to book tickets, you can visit their very own online portal at www.AirAstana.com.

If you are looking to make Air Astana reservations visit our website airlinesmap.com or can book with direct Air Astana official website http://www.airastana.com/ You may call our toll free number 888-220-0490 or direct Air Astana number +7 717 258 44 77. Get more information about Air Astana Reservations and Flights Tickets to click below.

Visit Air Astana site for web check-in http://www.airastana.com/ and navigate to manage to bookings. You may have the option of online Air Astana Web check-in and boarding pass if still, you are facing any problem please call +7 717 258 44 77.

It's very easy to claim Air Astana cancellation and Air Astana refund call direct phone number of +7 717 258 44 77 or visit official site http://www.airastana.com/ manage bookings. You may have the option to refund or cancellation. 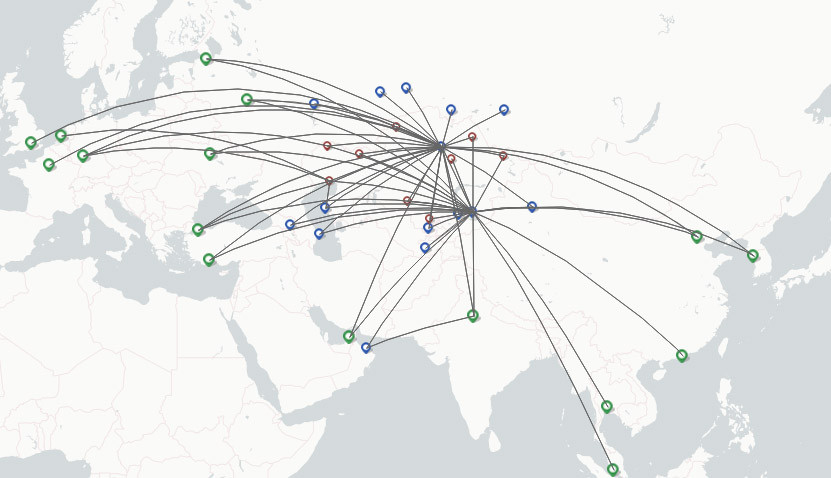