Air Algérie, one of the biggest Algerian airlines, is famous across Europe as one of the most active airlines, with an extensive network of destinations, hubs and bases that spreads all over Europe. With more than 60 planes in their fleet, the airline maintains flights to rare and exotic destinations all over Europe and other continents. You can check out the latest deals and sales offered by the airline on their own online portal, www.airalgerie.dz/en/, and can book tickets for the airline on any standard ticket booking service. You can also check out general information about the company and its services and flights on their official website.

Air Algérie is pretty famous all over Europe as an extensive airline with destinations all over the continent, along with added destinations to other continents, such as different airports and cities in Asia. With the company slogan ‘Always caring for you’, the airline operates flights to destinations spread all over Europe, Asia, North America and South America, a range of destinations making it famous across multiple continents. The airline is wholly owned by the government of Algeria, and is an avid member of the International Air Transport Association, the African Airlines Association and the Arab Air Carriers Organization.

Air Algérie was established in 1946 with the name Compagnie Generale de Transports Aeriens (CGTA), and started charter flights between Algeria and Europe in 1947. By the end of the decade, the airline had scheduled flights to Algiers, Bone, Geneva, Paris, Basle and many other destinations After the independence of Algeria, Air France and the Delegation Generale in Algeria became majority owners of the airline. In November 2010, the airline announced it would be investing 400 million euros for renewing its fleet.

Air Algérie is the national airline of Algeria, and is known to be both the largest airline, and the most efficient, as they have provided flawless airline services to the country for many decades. With a fleet of more than 60 different aeroplanes, Air Algérie is famous across Europe for the quality of its services, and has its headquarters in the Immeuble El-Djazair in Algiers. Air Algérie flies to a total of 69 destinations all over the world, along with domestic services to 32 airports. Bakhouche Alleche is the CEO of the company, and is responsible for quite a lot of the executive decisions.

The Air Algérie Airline has codeshare agreements with many different airlines, with some of the most prominent and outstanding being:

Air Algérie inaugurated the Algiers-Montreal Route, with flights to Beijing starting from February 2009. The airline has an expansive network that serves a total of 31 destinations spread throughout Algeria (along with its hub at Houari Boumediene Airport), with an added international network that services 38 cities throughout Asia, Europe, Africa, North America, South America, and other continents. The airline has many different types of aircraft in its fleet, such as 8 Airbus A330-200s, 25 Boeing 737-800s and 12 ATR 72-500s.

While having no specific specialty, Air Algérie is one of the most famous airlines in Europe because of the fact that they excel all around, and are general well-performers in each and every aspect. Their flights are comfortable, with friendly and cooperative staff tending to the passengers’ every need. They also operate cargo services to different countries, which have been praised for both their swiftness, affordability, and overall reliability of the airline.

The size limit of the baggage says it must be less than 55cm*35cm*25cm. For medium and long haul flights, the weight must be less than 23 kilograms, with Business flights being allowed two pieces of luggage and Economy one. Visit their official website for more information.

You can purchase a variety of meal types on Air Algérie flights, with most domestic flights not including meals with the tickets. However, you can opt to purchase lots of different dishes, appetizers and drinks on the plane.

Air Algérie Food- While meals don’t come included with the tickets, you can purchase meals by paying for them with cash.

Air Algérie Beverages- While there are no complimentary drinks available with the ticket, you can also purchase drinks, though there is a limit on the amount of alcohol a passenger can consume.

Air Algérie Special Meals- There are provisions made for passengers with special needs, diets and other circumstances, which you can utilize by mentioning it beforehand.

Being one of the largest airlines in Europe, you can book tickets for Air Algérie flights from many different booking portals, along with the standard online ticket booking services and portals.

Business class- Many steps ahead of the Economy class, the Business class offers much greater liberty in all of the different limits placed on the passengers.

Visit Air Algérie site for web check-in http://www.airalgerie.dz/en/ and navigate to manage to bookings. You may have the option of online Air Algérie Web check-in and boarding pass if still, you are facing any problem please call +213 21 98 63 63.

It's very easy to claim Air Algérie cancellation and Air Algérie refund call direct phone number of +213 21 98 63 63 or visit official site http://www.airalgerie.dz/en/ manage bookings. You may have the option to refund or cancellation. 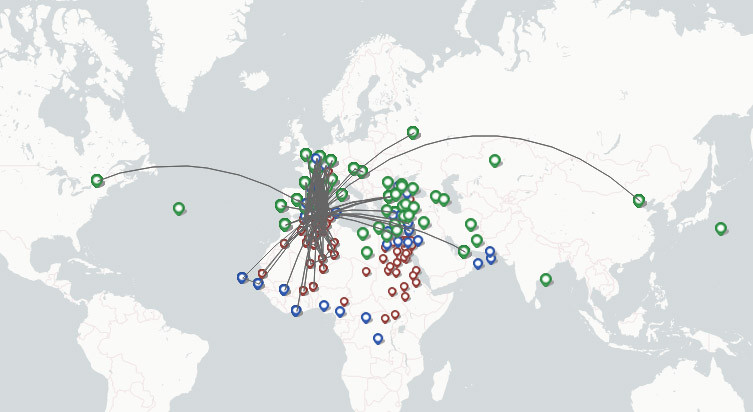